Chris Rock ‘still processing’ slap by Will Smith at Oscars 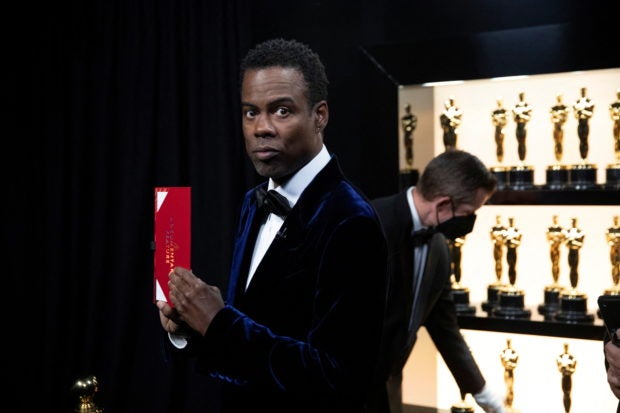 BOSTON — Comedian Chris Rock, in his first public comments since he was slapped in the face by actor Will Smith at the Oscars on Sunday, said he is “still processing” the incident that made headlines around the world.

“How was YOUR weekend?” Rock asked on Wednesday night of a sold-out crowd at Boston’s Wilbur Theatre. He made it clear from the onset he did not plan to address the Oscars incident at length.

“I’m still processing what happened, so at some point I’ll talk about that shit,” Rock told the crowd. “It’ll be serious. It’ll be funny, but right now I’m going to tell some jokes.”

At Sunday’s Academy Awards, Rock was on stage to present the trophy for best documentary. He made a joke about Smith’s wife, Jada Pinkett Smith, that referenced the 1997 film “G.I. Jane” in which actress Demi Moore shaved her head. It was unclear whether Rock was aware that Pinkett Smith has a condition that causes hair loss.

Will Smith strode onto the stage and slapped Rock before winning best actor less than an hour later. The actor apologized to Rock and the academy in a statement on Monday.

“He came out swinging, but not about Will Smith,” said Ramsay Fretz, a 32-year-old Boston real estate agent who sat in the balcony. “It’s nice to see someone equally attack everybody.”

After the slap that reverberated around the world, TickPick, an online marketplace for events, said it sold more tickets overnight to Rock’s “Ego Death” tour than it did in the past month combined.

Balcony seat tickets with a face value of $61 fetched nearly $1,000 after Smith slapped Rock in front of nearly 17 million television viewers tuned into the Oscars. JB