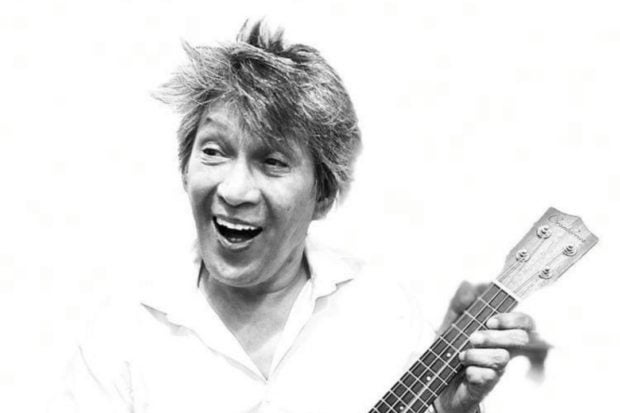 Offshore Music did not disclose the cause of Lopito’s death, though it paid tribute to the musician and extended its condolences to his family via its Facebook page today, March 30.

“The Offshore Music family is honored to have been part of your journey, Jun. Thank you for the friendship and the music. You will be missed,” it stated. “Rest in Peace, Jun Lopito. Our deepest condolences to his family.”

The Offshore Music family is honored to have been part of your journey, Jun. Thank you for the friendship and the music….

Lopito was honored by his fellow artists in the music industry, including Ely Buendia, Grace Nono and Ebe Dancel.

Buendia, who worked with Lopito on the latter’s album “BODHI3NMRK,” described the rock icon as a “pure soul” while thanking him for the time they spent together, as per his Facebook page today.

“It is with great sadness that I post Jun’s photo. Being a practitioner of Buddhism, he would have told me in his beautiful voice that one should not mourn another’s passing but rejoice in his rebirth. So I will try my best and be happy for the rebirth of Jun Lopito, one of OPM’s greatest, and the new journey his pure soul is about to begin,” Buendia told fans. “Godspeed. Thank you for your stories, your laughter, your wisdom and your music.”

Nono, who performed with Lopito in the past, meanwhile, paid tribute to him and called him “our Boddhisatva of music” via her Facebook page, also today.

“Paalam (Goodbye), Jun Lopito, our Boddhisatva of music. You shared your immense gifts with us freely, humbly, lovingly and joyfully. You walked among us with quiet gravity, like a steady chant that permeated the atmosphere, making things lighter, clearer, more potent,” she addressed the departed musician.

For his part, Dancel mourned Lopito’s death by honoring him on his Twitter page, also today.

Lopito was one of Pinoy rock’s living legends. He made his debut at the age of 17 with Pepe Smith, Edmond Fortuno and Gary Perez in the band Airwaves. He also played Filipino punk starting from the late 1970s with the band The Jerks.