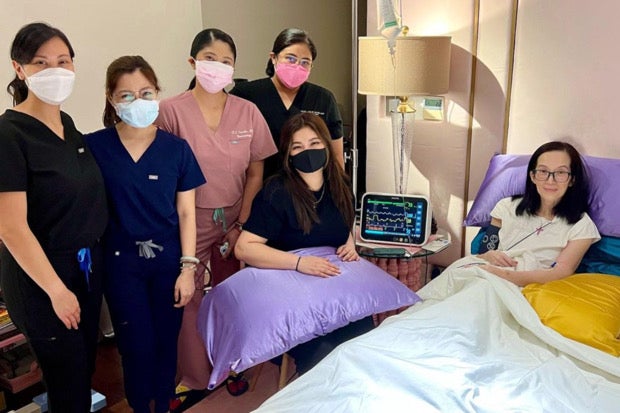 Angel Locsin made another visit to her friend and fellow actress Kris Aquino, who’s battling an autoimmune disease and was recently diagnosed with erosive gastritis and gastric ulcer.

“Checking up on this one,” Locsin said on her Instagram page yesterday, March 29.

Locsin can be seen sitting beside the bed where Aquino is lying down while the medical staff stood behind Locsin. A medical apparatus can also be seen attached to Aquino.

Locsin earlier reunited with Aquino in an intimate gathering for her birthday in February. Locsin also received gratitude from the Queen of All Media who called her a “stage mother” for being with her and her son Josh throughout their medical tests and treatments.

Locsin and Aquino recently attended a campaign rally in Tarlac where they urged voters to choose the candidates that would be there for them if needed.

Meanwhile, Aquino is set to fly abroad with her sons and stay there for about four months for her treatment. The date of their departure has not yet been disclosed. JB