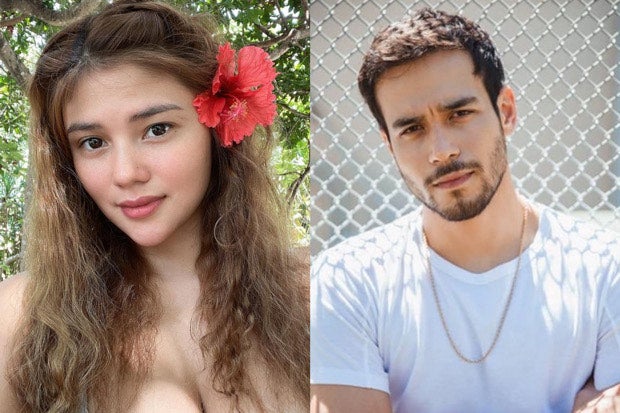 Ana Jalandoni disclosed that the recent beating incident involving Kit Thompson was not the first time the actor laid a hand on her.

Jalandoni and Thompson hit the headlines after the actor allegedly injured and detained the actress in a hotel in Tagaytay last March 18. Jalandoni was able to ask for help at the time which led Thompson to be brought to a police station for questioning.

Jalandoni spoke up about the first instance Thompson hurt her and how she was taken aback by the actor’s anger management problem. She talked about this in a press conference which was her first public appearance after the beating incident, as seen on a Bandera’s Facebook page yesterday, March 28.

(The first time he hurt me, I thought that this wasn’t good, that his attitude was wrong because he has an anger management problem. He gets mad easily.)

(We came from the beach at the time and we did some activities. I was so tired then we had dinner. When we got back to our room, he took a bath while I laid on the bed. I was shocked when he slapped me to wake me up, it was the first time he slapped me. He said sorry afterwards. I explained to him that he shouldn’t do that but I know at the time that there’s already something wrong.)

The actress then got emotional after she was asked about her feelings towards the actor. She answered that her love for him still remains but she will pursue legal actions.

(The thought of getting back together with him is not in my mind right now. What’s important for me now is I get to fight for my right as a woman after I experienced such unacceptable treatment. But the love, it still is here.)

Jalandoni also clarified that there was no third party involved and pointed out that Thompson’s jealousy and his fear that she would leave him were what triggered his violent actions.

Jalandoni’s legal counsel said that they will press charges against Thompson in violation of section 5 (a) of Republic Act 9262 or the Anti-Violence against Women and Children Act. JB