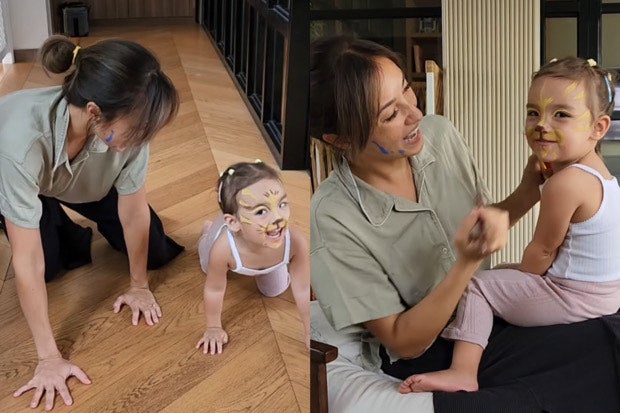 Heussaff painted Tili’s face to look like that of a lion, with a lion’s nose and whiskers, as seen on her husband Nico Bolzico’s Instagram page yesterday, March 27.

Heussaff and Tili then appeared to recreate the scene where “The Lion King” characters Simba, Pumbaa and Timon sing and dance along to “Hakuna Matata,” as the mother and daughter crawl on the floor while singing a part of the song.

Heussaff and Tili also recently recreated another film scene, when they screamed “Ayoko na!” in an open area while on vacation in Europe. The moment appeared to be a reference to actress Angelica Panganiban’s line in the hit 2014 film “That Thing Called Tadhana.”

Meanwhile, Tili’s family marked her second birthday with a snowy celebration in France in January. JB