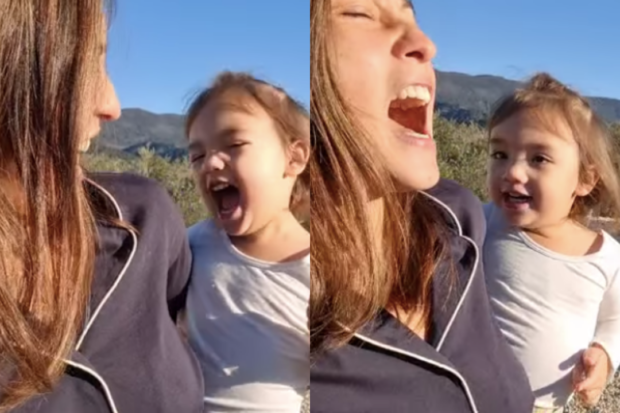 Solenn Heussaff and her daughter Thylane “Tili” Bolzico may well be screaming for all of us as they playfully let out their feelings in what appears to be a re-creation of a scene from the film “That Thing Called Tadhana.”

The actress showed her screaming match with Tili via video on her Instagram page last Tuesday, Jan. 11. The video was taken in an open area in Europe, where Heussaff and her husband, Nico Bolzico, are on vacation.

Tili was all smiles as she giddily copied her mother yelling out, “Ayoko na!”, which seemed to be a reference to the hit 2014 film “That Thing Called Tadhana.” In the film, actress Angelica Panganiban repeatedly screamed the same words on a mountain.

“Screaming our feelings out,” Heussaff said.

TV host Tim Yap compared the mother and daughter’s adorable moment together to 2022, as it seemed to describe the year so far.

Heussaff and her family have been in Europe over the past few weeks. They marked Christmas and New Year there with the actress’ brother Erwan Heussaff and her sister-in-law, actress Anne Curtis.

Last September 2021, Nico, Thylane and Solenn also flew to Spain, where Thylane got to meet her grandparents for the first time.  /ra

WATCH: Thylane Bolzico visits her grandparents in Spain for the first time