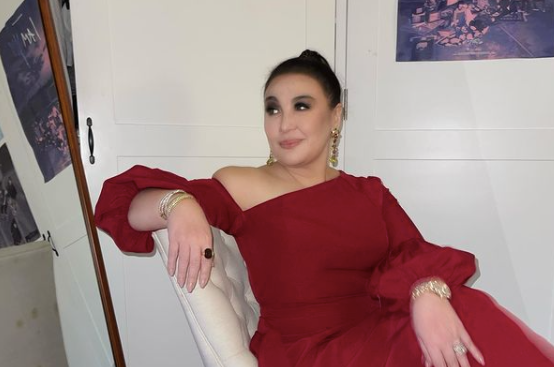 Sharon Cuneta has issued an apology for her call-out post on Salvador Panelo after her song “Sana’y Wala Nang Wakas” was performed by the senatorial candidate at a campaign event.

The actress-singer, though not naming Panelo, admitted she felt “slighted” when her song was sung at a campaign sortie that was not that of her husband, vice presidential candidate Sen. Francis “Kiko” Pangilinan and his running mate Vice President Leni Robredo, as per her Facebook post yesterday, March 24.

In a now-deleted post earlier this month, Cuneta said that she would only allow “Sana’y Wala Nang Wakas” to be sung at events related to her husband’s party. She also warned not to “mess with a classic.”

(For me, I felt like Kiko’s bid to be vice president was underestimated. Because of all songs, why did he pick mine? Is it because his VP candidate is a Goliath compared with my husband, a David? I was hurt.)

Cuneta added that the way she conveyed her dismay was a mistake, as she chose to deliver it through jokes and sarcasm. However, she stressed that she is not keeping the song only to herself.

(I never kept my song from anyone… Of course, the more people who like your song, the happier you are. But it’s campaign season. It rubbed me a different way when the politician outside our party sang it.)

Cuneta then said she did not know that Panelo remembered his child who had Down Syndrome through the song and that he thought of using it to raise awareness for the needs of special children. She then noted that she was named an honorary chairperson by the Chosen Children Village Foundation, a home for abandoned, neglected and surrendered children.

While she is hurt over the attacks and negative comments, she believes the incident showed her who her real friends are.

“So though I stand by my feelings and thoughts on the matter, I would like to apologize for the words I used in my post, and to those I have hurt by them. I should have just said exactly how I was feeling, and in a more respectful manner — no matter what. I am also so sorry, my Sharmy [or] Sharonians. I disappointed you,” she told her fans.

Cuneta assured fans that she would “check [herself]” and never act when she is “highly emotional.”

“I am posting this knowing so many have already decided they would hate me whether I did or said something, or even when I didn’t. That doesn’t matter,” she said. “What does is that those of you who love me know that this is from my heart. And that I am grateful for you. God knows because He sees everything. Again, I am sorry.”  /ra