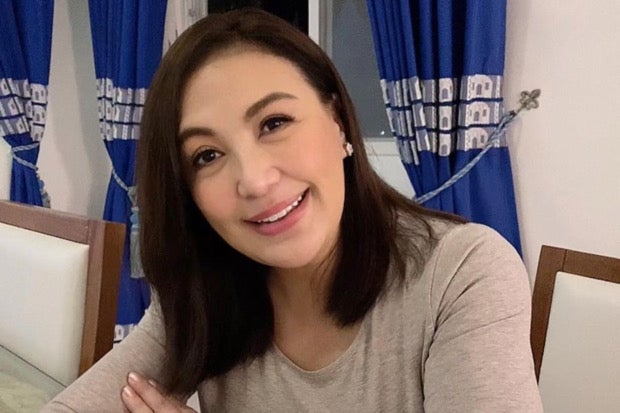 Sharon Cuneta recounted how she was able to overcome a heart problem in the course of her now six-year weight loss journey.

Cuneta talked about her experience of losing weight and admitted that she regrets not starting earlier, during her clinic visit to Dr. Aivee Teo, as seen on the celebrity doctor’s YouTube channel last Sunday, March 20.

“It’s really discipline, you really have to do it. Enjoy yourself cause you only live once but also remember that life is short,” Cuneta said. “I regret that throughout my 40s I was fat. I lost a decade and if only I could take that decade back I would do so much more but better late than never.”

“While you’re young and even if you’re older, it’s never too late to get healthy. I did it basically for my health,” she stated.

The Megastar also gave an update on her health condition, disclosing that she had gone through a heart problem which was one of the reasons why she had to go slow on her diet.

“I’m not sick of anything — even my heart problem before. My resting heart rate, ‘yung tulog (when I’m asleep), my cardiologist was so concerned. We had to talk to her and we really had to make a plan,” she recalled. “We had to meet with the cardiologist because ‘pag tulog ako, ‘yung heart rate ko, para akong nagdya-jogging, ang taas, pero wala na ngayon (when I’m asleep, my heart rate is as high as when I’m jogging but it’s not like that anymore).”

Cuneta then encouraged fans who are in the same situation as her to not lose hope and continue with their weight loss journey, noting how it’s a form of “self-love.”

“If kunwari (for example), you’re older, you can do it by yourselves because it’s self-love, it’s self-care. You want to be healthy. Just be careful with the food,” she added.

Cuneta, who already lost 85 pounds, started dieting on and off since January 2016. She told fans recently that she had gone back to her diet, adding that she appears bigger than her actual size in television. JB

Read Next
LOOK: Julia Montes treated to birthday surprise by Coco Martin, ‘Ang Probinsyano’ cast
EDITORS' PICK
High inflation: Your P1 is now worth only 87 centavos
UK’s Boris Johnson will resign, BBC reports
High-risk pregnancy: Reducing your risk is in your hands
Geek out at TOYCON 2022 powered by Smart Signature
House energy committee chair Arroyo bats for cheap electricity
Unemployment rate up to 6% in May
MOST READ
Suspect in grisly killing of missing woman in Bulacan arrested
Kim Atienza’s daughter flaunts bikini body in response to critics of her ‘revealing photos’
Japanese artist who created ‘Yu-Gi-Oh!’ found dead in the sea
FDA probes popular Filipino noodle brand for ‘high level of ethylene oxide’
Don't miss out on the latest news and information.