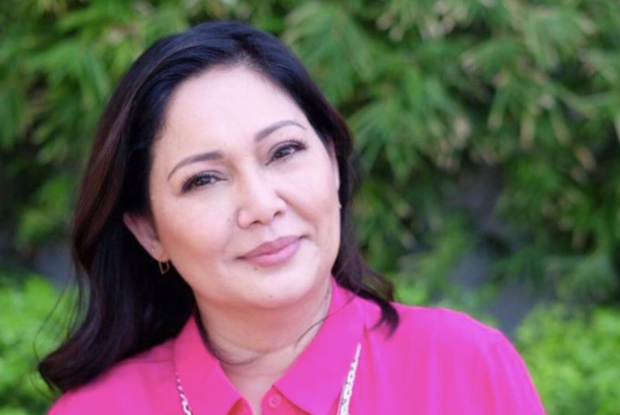 Soriano, who also wore pink, grooved to the tune of the candidate’s campaign jingle while releasing the balloons, as seen on the veteran actress’ Instagram page on Monday, March 21.

“Sa gobyernong tapat, gaganda ang lahat. Salamashteh! (In an honest government, everyone will be beautiful. Thank you!)” she said, which appears to be a play on Robredo’s slogan, “Sa gobyernong tapat, angat buhay lahat.” Soriano also added the hashtags #BatangQuiapoForLeni and #MaryaForLeni.

Angel Locsin, a vocal supporter of Robredo, praised the Diamond Star’s gesture by calling her “lodi,” slang for idol.

Meanwhile, Soriano is set to star in the American romantic-comedy film “Re-Live: A Tale of an American Island Cheerleader.” She will be appearing in the movie alongside Filipino-American actresses Rain Valdez and Rachel Leyco. JB

Maricel Soriano set to star in US romcom film ‘Re-Live’

Read Next
Beyonce, Billie Eilish among musical performers to take Oscars stage
EDITORS' PICK
Individuals affected by ‘Karding’ now over 157,000
Newbie gamers are in for a treat with the power-packed feature of vivo Y16
House energy committee chair Arroyo bats for cheap electricity
Bongbong Marcos says PH ‘open for business’ with new Clark Airport terminal
Karding damage to infrastructure at P23M
Reignite your passion with the vivo Y35
MOST READ
LPA enters PAR, may develop into tropical depression
Angelica Panganiban ‘duguan, sugatang mom’ one week into breastfeeding
Security guard shoots 2 other guards dead inside Makati subdivision
Badoy not with Office of the President, NTF-Elcac, under Marcos admin — solon
Don't miss out on the latest news and information.