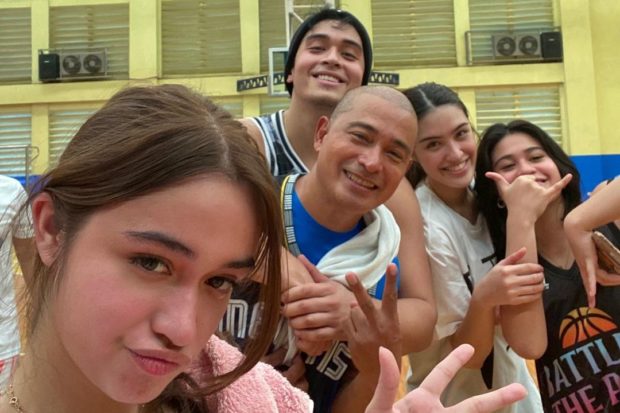 Diego Loyzaga with Cesar Montano and his sisters (Image: Instagram/@diegoloyzaga)

Diego Loyzaga spent more quality time with his father, actor Cesar Montano, a week since they reconciled after years of estrangement—and this time, they were joined by his sisters.

Diego gave a glimpse of his “fun family day” with Montano and his sisters Angelina, Sam and Chesca Cruz on his Instagram page yesterday, March 10. They all played basketball and badminton, as well as shared a meal together.

Diego is Montano’s son with actress Teresa Loyzaga, while Angelina, Sam and Chesca are Montano’s children with his ex-wife, actress Sunshine Cruz.

Sunshine and Teresa appeared to be pleased with the reunion as they wished their children would continue to spend time together with Montano.

“Finally all five of you! More of this please,” Sunshine told them.

“When our children are happy, the mothers are happiest!” Teresa said. 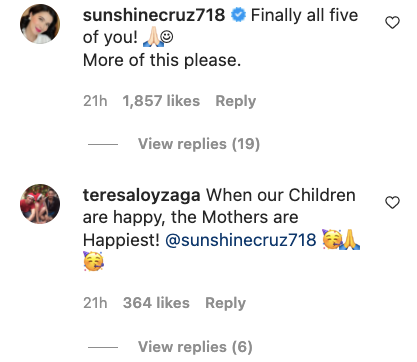 Last week, Diego revealed that he and his father had reconnected after being distant from each other for seven years.

While Diego did not elaborate on the cause of his estrangement from Montano, it can be recalled that he lashed out at his father back in 2017 for threatening to put him under police custody because of supposed “drug use.” He also blasted Montano, saying he “never got a taste of a single child support” since he was born.

At the time, Loyzaga underwent at least five drug tests, which all showed negative results, but he said Montano still accused him of being an addict.  /ra