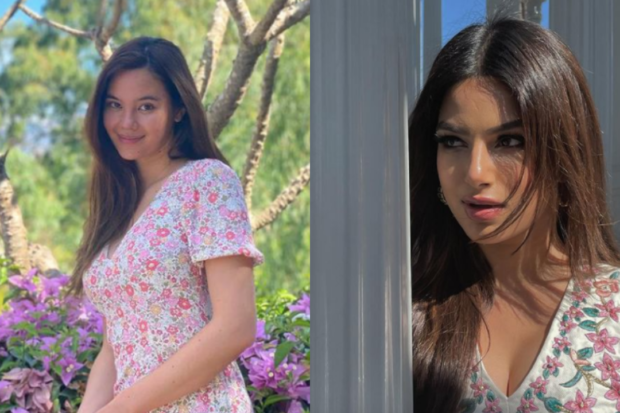 Miss Universe 2018 Catriona Gray came to the defense of reigning queen Harnaaz Sandhu after the latter was criticized by netizens for supposedly gaining weight.

The beauty queen lamented the body shaming directed at Sandhu during her interview with columnist Nickie Wang, as shown on the latter’s YouTube channel last Wednesday, March 9. Sandhu has lately been getting negative comments on social media about her weight, after the Miss Universe Organization released a question-and-answer video featuring her on its Instagram page.

“I think it’s really unfortunate that the public still finds the need to tear woman down in that way. We’re campaigning so hard that beauty queen or titles or Miss Universe should be more than an image,” she said.

Gray added that Sandhu is not limited to her body shape since, as Miss Universe, the Indian beauty queen is working as a spokesperson—a job that Gray believes Sandhu does “effectively.”

“She’s effectively doing her role as Miss Universe and I feel that she should be celebrated. What message do we send to other young girls or young people in the public or social media when they read those comments and perhaps compare their bodies? There’s nothing that comes nice out of it,” she added.

The Philippines’ bet in the pageant, Beatrice Luigi Gomez, bowed out of the competition as part of its top 5. Dana Cruz /ra