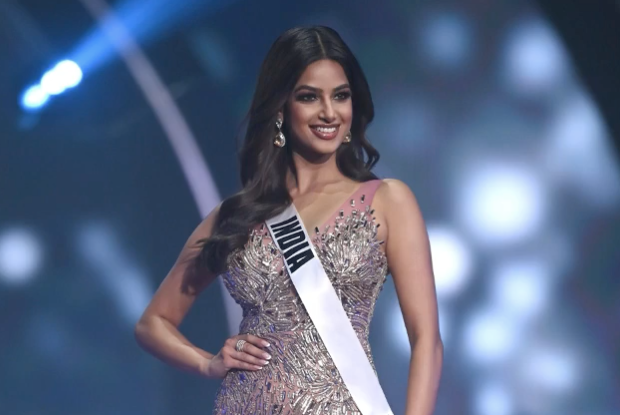 India’s Harnaaz Sandhu has been crowned as Miss Universe 2021 in Eilat, Israel, besting 79 other contestants of the beauty pageant today, Dec. 13.

During the final question-and-answer portion of the pageant, the candidates were asked: “What advice would you give to young women watching on how to deal with the pressures they face today?”

“Come out, speak for yourself, because you are the leader of your life,” Sandhu answered.

Sandhu is the third woman from India to snag the crown in the global tilt’s 70th edition, the second installment of the competition staged this year. A contest was held in the United States in May to make up for the 2020 pageant which was postponed because of the COVID-19 pandemic.

The Philippines’ candidate Beatrice Luigi Gomez, who is from Cebu City, made it to the pageant’s top 5 but failed to enter the top 3. Gomez was joined in the top 5 by Colombia’s Valeria Ayos, who was crowned Miss Earth Water in the 2018 Miss Earth pageant held in the Philippines.

Gomez, a Navy reservist and model from Cebu, is the first openly gay representative from the Philippines in the Miss Universe pageant.

Actress Marian Rivera was part of the all-female panel of the judges. She also joined the selection committee for the preliminary competitions, also composed entirely of women. Iris Mittenaere, the French woman who was crowned in the Miss Universe pageant held in the Philippines in January 2017, was also part of both judging groups.

The Philippines has four Miss Universe winners — Gloria Diaz in 1969, Margarita Moran in 1973, Pia Wurtzbach in 2015, and Catriona Gray in 2018. Meanwhile, India’s first Miss Universe, Sushmita Sen, was crowned in 1994, when the pageant was held in the Philippines. JB