Anne Curtis teases return to limelight on her birthday: 'She's back' | Inquirer Entertainment 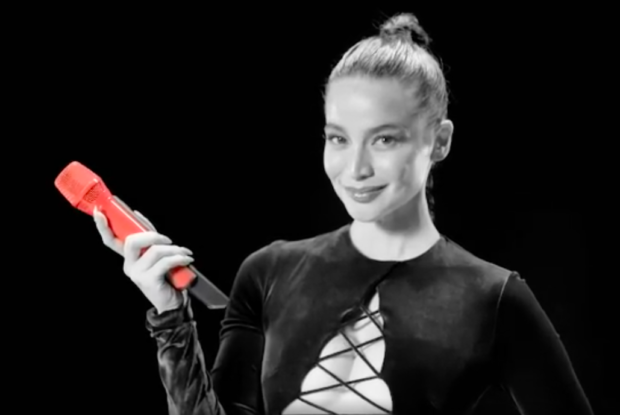 Anne Curtis may be making her comeback soon as she dropped a teaser for what appears to be her return to the limelight after becoming a mom.

The actress can be seen dancing and striking sexy poses as a spotlight follows her in the black-and-white teaser she released on her Instagram page for her birthday yesterday, Feb. 17. She donned a full black body suit and her hair was up in a braid in the video.

Curtis can be seen holding a red microphone as the words “she’s back” and “soon” were bannered onscreen. She used a similar microphone in performances in the past, particularly when she staged “The Forbidden Concert Round 2: Annekapal” in 2014.

“This is for everyone I LUV (love),” Curtis said. She did not provide further details related to the teaser.

Fans expressed happiness over the possibility of Curtis making a comeback in the coming days, with one @mskristineeeee asking whether she would be seen on “It’s Showtime” soon.

“Oh gosh I’m crying! The iconic red mic is back. I love you so much my concert queen,” another netizen, @gladyzann, told the actress.

Aside from her mysterious teaser, Curtis also dressed up as British actress Audrey Hepburn for her birthday, as seen on her Instagram page, also yesterday.

“Waking up happy and very, very grateful. Today is going to be a beautiful day!” she said.

“Tickled pink to wear a piece once owned and worn by a woman I adore. #AudreyHepburn,” Curtis added in another post.

Curtis has been on a hiatus from show biz for two years after giving birth to her daughter Dahlia. She started her break by leaving “It’s Showtime” in 2019 when she was still pregnant.

She then gave birth in March 2020 in Australia and has since returned to the Philippines with Dahlia and her husband Erwan Heussaff in February last year.  /ra