Doctor Strange and his importance on everything in Marvel 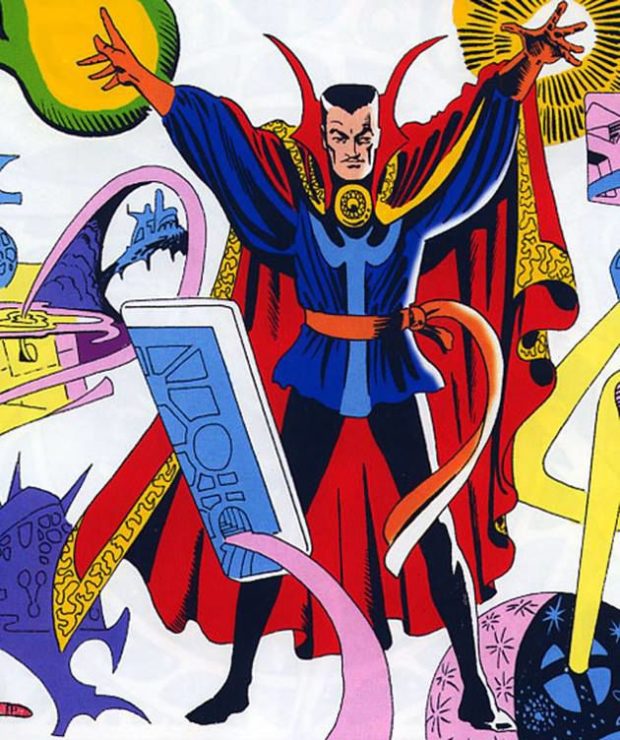 Doctor Strange is not only “The Sorcerer Supreme” but he has become the one superhero in the MCU (Marvel Cinematic Universe) who has served in numerous functions in maintaining law and order. From being one of the older wiser figures who wield tremendous power. Being able to stand up, albeit momentarily, to an Infinity Gauntlet wielding Thanos on a one-on-one fight. To be a mentor to Peter Parker and now, the gatekeeper to different worlds, parallel dimensions, and of course, the multiverse.

In the DCEU (DC Comics Extended Universe) he is the equivalent of Doctor Fate. I have always viewed Doctor Strange, even when I was a kid and up to this day collecting, reading Marvel Comic Books, as the voice of reason, someone who would think things through and never rush into battles. This was, of course, most evident in the Infinity Saga milestone because he alongside other older wiser figures in the Marvel Comic Books, planned out how to attack Thanos once he got in possession of all the Infinity Gems. Yes, they are gems and not stones as commonly called in the MCU. They are what they are.

Doctor Strange, Scarlet Witch, Excalibur, Roma, Lockheed, High Evolutionary, Magus, Maelstrom, Quasar, Galactus, Adam Warlock, Apocalypse, etc. But, among the names I have listed there, it is Doctor Strange who stands head above everyone else for the simplest reason. Doctor Strange is the only one who can serve as a “tour guide” essentially to anyone who wants to enter the multiverse. He is the “go-to guy” for superheroes and supervillains. He is your inter-dimensional travel companion, for lack of a better term, but that comparison holds true to its core both in the Marvel Comic Books, and the MCU.

The importance of Doctor Strange on the grand scale began to take shape as soon as the first Doctor Strange movie ended. It was clear that whatever he did, as long as he was crossing a parallel dimension or pulled into one, as seen in his epic encounter with Dormammu. There would be consequences to the world. Literally, the fate of the world rested on his shoulders each time he would have encounters and battles with supervillains from other dimensions and it was life-threatening gambles each time for Doctor Strange because as immensely powerful as he is, his power level would pale in comparison to the likes of Dormammu and now who knows he will have to face next soon?

Marvel Comic Books and the MCU, respectively, are not always canon to each other, and they do not always run parallel to each other, and they oftentimes do not remain faithful to one another. However, Doctor Strange is one of the very few exceptions to those things because the fact that by large he has remained almost entirely intact to his comic book origins is worth mentioning and highlighting, and putting a light on. Why so? It reveals to me that even the people who are in charge of the MCU, realize that Doctor Strange has his major importance to everything in the MCU.

Now, with the much anticipated “Doctor Strange in the Multiverse Of Madness” all hell is about to break loose with the exponential increase of who and what-if scenarios that have come to the table as clearly shown in the official movie trailer. This movie will play a very significant role for a lot of reasons on the future of the MCU regarding who and what to expect in the movies after this one.

The MCU will become a whole lot more exciting, dangerous and unpredictable.

Ryan Reynolds on rumored Deadpool appearance in ‘Doctor Strange’: Could be a lie but I’m not there

Read Next
Kris Aquino flying to US with sons for medical treatment–report
EDITORS' PICK
High inflation: Your P1 is now worth only 87 centavos
UK’s Boris Johnson will resign, BBC reports
High-risk pregnancy: Reducing your risk is in your hands
Geek out at TOYCON 2022 powered by Smart Signature
House energy committee chair Arroyo bats for cheap electricity
Unemployment rate up to 6% in May
MOST READ
Suspect in grisly killing of missing woman in Bulacan arrested
Kim Atienza’s daughter flaunts bikini body in response to critics of her ‘revealing photos’
Japanese artist who created ‘Yu-Gi-Oh!’ found dead in the sea
FDA probes popular Filipino noodle brand for ‘high level of ethylene oxide’
Don't miss out on the latest news and information.