Kris Aquino flying to US with sons for medical treatment–report 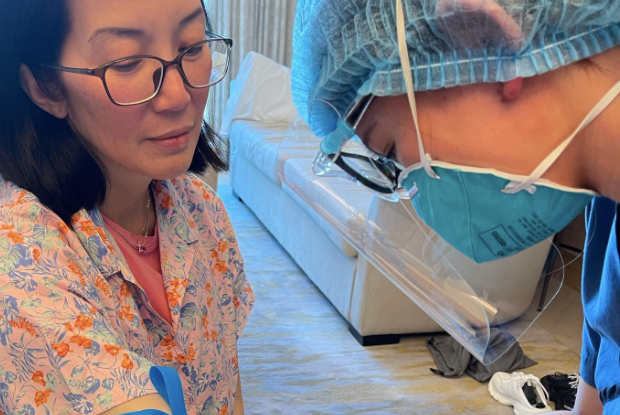 Kris Aquino is reportedly set to fly out of the country to the United States today, Feb. 17, and is planning to stay abroad for at least three months.

The actress’ departure to the US was revealed by columnist Cristy Fermin on her radio program “Cristy Ferminute,” on One PH’s YouTube channel last Tuesday, Feb. 15. Fermin cited an anonymous source who sent the information to her via text message.

Fermin then noted that in the past, Aquino also went abroad with Josh and Bimby to get treatments for her autoimmune disease. According to Fermin, Aquino will be doing the same once she arrives in the US.

“Gano’n din po ngayon. Kasama niya ang magkapatid sa Amerika naman at baka daw tumagal siya do’n nang tatlo hanggang apat na buwan,” she added. (It will be the same this time. She will be with the siblings in America and she might stay there for three to four months.)

Fermin then wished Aquino good health and prayed the actress would return to the Philippines with more weight, given that Aquino has lost several pounds over the years.

Aquino celebrated her birthday last Monday, Feb. 14. She asked for prayers for herself and a certain someone whom she and her brother, the late President Benigno S. Aquino III, “love so dearly.”

She recently denied rumors that she is in critical condition, stressing that she will “fight to extend [her] time” because her sons still need her. Dana Cruz  /ra