Barbie Imperial on why she wouldn't reconcile with an ex: 'You had your shot' | Inquirer Entertainment
Close
menu
search 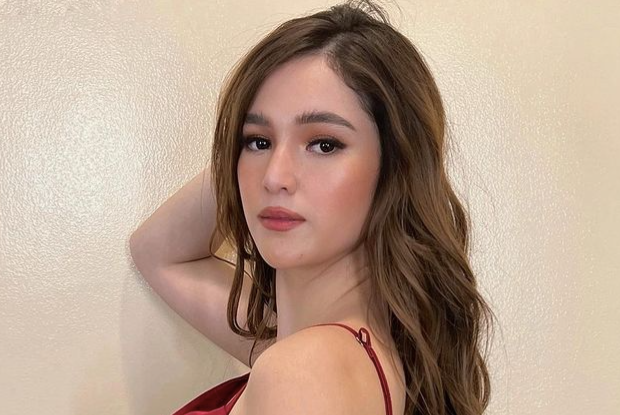 Barbie Imperial opened up on why she does not believe in second chances in love, a week after she confirmed her split with her ex-boyfriend, fellow actor Diego Loyzaga.

The actress stated that if a couple’s problems were not solved prior to breaking up, it is not worth getting back together, as seen in the virtual media conference for “The Goodbye Girl” on iWantTFC’s YouTube channel yesterday, Feb. 14. She was asked if she believed in the saying, “Love is sweeter the second time around.”

(Based on experience, I never got back together with an ex. So I’ll go with experience that maybe not anymore. Because when we were still together, that should have been the time when everything was okay, that we did everything that we needed to prove. It’s like you had your shot.)

When it was pointed out to her that love can sometimes move in unexpected ways, she noted that ending a relationship with a bad breakup would make it hard for two people to get back together.

(That’s why it’s good that you had a good breakup. If you fought, tore each other down, it’s difficult to get back together… For me, you were already there, at the time when we were together. You should have done it [patched things up] then.)

Imperial did not name a specific ex-boyfriend, though her “The Goodbye Girl” co-stars Maris Racal, Elisse Joson and Loisa Andalio, who were also in the media conference, teased her about her love life.

Imperial confirmed her split with Loyzaga exclusively on ABS-CBN’s “TV Patrol” last Feb. 4. She did not disclose the cause of their split, but said they ended their relationship on good terms.

Loyzaga revealed his relationship with Imperial on New Year’s Day in 2021. They marked their first anniversary last December. The pair had been subjects of controversy over the past months as Loyzaga was speculated to be cheating on Imperial when he was said to have been spotted visiting actress AJ Raval at her home.

Imperial defended the actor, asserting that it was unlikely for Loyzaga to cheat on her. Raval denied being courted by the actor.  /ra