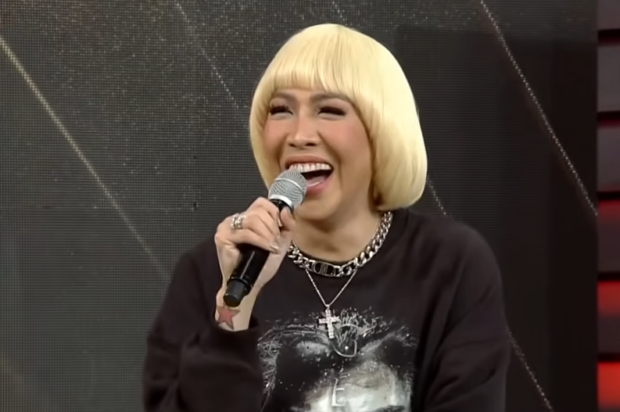 Vice Ganda admitted that he once dreamed of becoming a guest star on “Bubble Gang,” but failed to appear in it as he did not meet the “standards” of the long-running gag show.

The comedian-TV host revealed this during the Showtime Sexy Babe segment of “It’s Showtime” yesterday, Feb. 9. During the segment, Vice Ganda poked fun at his co-host Ogie Alcasid’s facial expressions while talking to a contestant, describing them as “Bubble Gang” acting.

When their fellow host Vhong Navarro asked what Vice Ganda meant with “Bubble Gang” acting, the comedian noted that he has never appeared in the show though he dreamed of being in it.

Alcasid then joked that Vice Ganda’s talent fee might have been too high so he was rejected by the show, but Vice Ganda clarified that he did not get to join “Bubble Gang” because the show’s “standards” were too high.

Alcasid is one of the original cast members of “Bubble Gang,” which has been running for 25 years. He left the show when he transferred to ABS-CBN in 2017. His wife, Asia’s Songbird Regine Velasquez, also eventually became a Kapamilya in 2018.