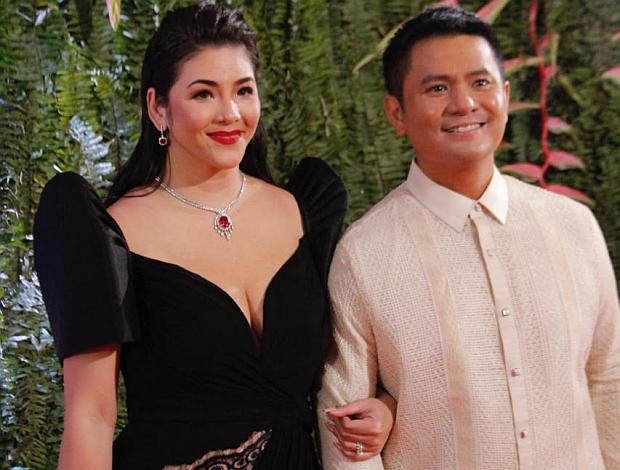 Alcasid took to Instagram to celebrate the occasion, noting that his and Regine’s officially becoming ABS-CBN talents on the same date was not intentional.

“On Oct 17, 2017, i was officially a kapamilya. The following year on Oct 17th, wifey also became a kapamilya and we were totally unaware of the coincidence,” the veteran singer posted.

Alcasid’s post came with two photos: one is of the day he signed his Kapamilya contract in 2017 and the other of Velasquez’s contract signing in 2018.

“Happy kapamilya anniversary to us mahal @reginevalcasid #allglorytoGod,” he said.

Despite the denial of ABS-CBN’s franchise renewal bid, the couple still remain proud Kapamilyas and are set to go live tomorrow, Oct. 18, to perform in the network’s weekend variety show “ASAP Natin ‘to” alongside several other artists.

Velasquez, who spent 20 years as a Kapuso, was initially met with controversy when she transferred to ABS-CBN. She clarified then that it was her own decision to move networks and was not influenced by Alcasid.  /ra