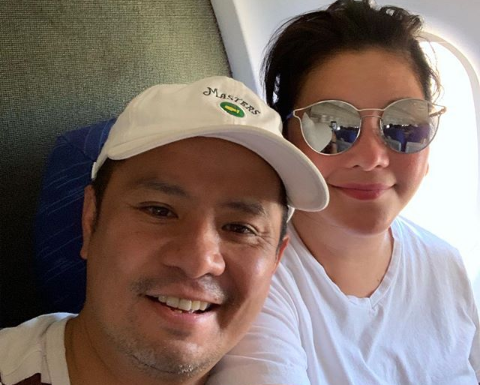 Asia’s Songbird Regine Velasquez marked her husband Ogie Alcasid’s 53rd birthday by treating fans with a hilarious and adorable moment between them.

Velasquez took to Instagram a few hours ago to share a peek into their life as a couple by uploading a snippet of her husband’s dad joke about cats.

“Yeah,” Alcasid replied, prompting his wife to finally ask, “What?”

“Cat-wiran,” Alcasid answered, just before he burst out laughing at his own joke.

(You really find yourself that funny? Your own joke? You really thought of that?)

“Happy Birthday to my one and only love. Tawang tawa ka na naman sa sarili mo (You find yourself hilarious again) I love you soooooo much baba @ogiealcasid,” Velasquez also said in the post’s caption.

The doting husband then replied to his wife’s post with a short yet sweet message, “Love you with all my heart.”

Alcasid and Velasquez have been married for over nine years. They celebrated their most recent wedding anniversary on Dec. 22, 2019.

Fans and fellow celebrities alike also found the OPM star’s joke hilarious, with some leaving their well-wishes for Alcasid on the said Instagram post. 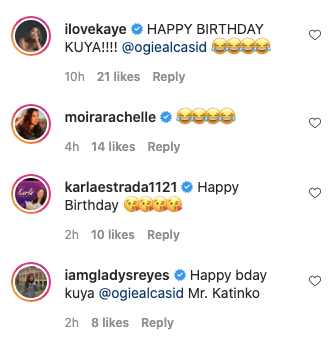 Fellow OPM icon Gary Valenciano also paid tribute to his good friend by posting his greetings on his own Instagram account earlier today.

Valenciano gave the definition of the word “genuine” as “not fake or counterfeit” and “not pretended; sincerely felt or expressed” as he commended Alcasid for being one.

“It’s a word that perfectly describes this one individual who has been blessing many including myself, with the way he has lived and walk in the ways of Jesus,” he said.

“Happy bday to you my dear bro @ogiealcasid. May you continue to be showered with endless creative ideas for the times we’re in,” Valenciano added.

Alcasid has been busy even amid the COVID-19 pandemic by holding several online concerts, including fundraisers, and has been hosting his weekly show “OPM Night”, among other projects. JB