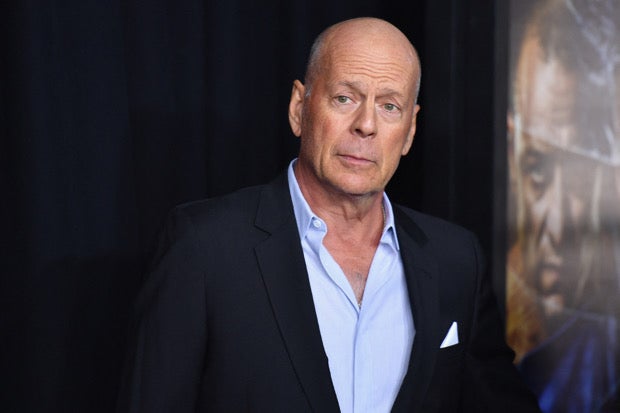 No fewer than eight new Bruce Willis movies were nominated on Monday, Feb. 7 for Razzies — the irreverent parody of the Oscars that “honors” the worst in film.

In the mainly ultra-low-budget action flicks released on streaming, Willis took roles including a washed-up sheriff, an ex-cop, a retired military general and a former CIA spy.

Willis, former star of acclaimed hits such as “Pulp Fiction” and “The Sixth Sense,” appears prominently in the marketing for his recent movies, but often appears on-screen only very briefly.

The film with the most Razzie nominations Monday was Netflix’s screen version of Broadway mega-flop “Diana: The Musical,” panned by the Guardian as “the year’s most hysterically awful hate-watch.” It earned nine nods, including worst picture. The Broadway show itself lasted just 33 performances.

His role as a dim-witted fashion heir has proven divisive, drawing both genuine nominations from his Hollywood peers and widespread internet mockery.

The Razzies took the latter viewer, including among its “worst screen couple” category: “Jared Leto & EITHER His 17-Pound Latex Face, His Geeky Clothes or His Ridiculous Accent.”

Nonetheless, Leto is expected to be in the running for a best supporting Oscar nomination, when those are unveiled Tuesday.

The Razzies were first awarded in 1981 in a Los Angeles living room, the brainchild of UCLA film graduates and industry veterans, who chose the raspberry as a symbol of derision.

This year’s Razzies “winners” will be unveiled the day before the Oscars, on March 26. Whether any Hollywood stars will show up to collect their awards remains to be seen. AP/JB