'I hope paradise is as you remember it': Stars pay tribute to Meat Loaf | Inquirer Entertainment
Close
menu
search

‘I hope paradise is as you remember it’: Stars pay tribute to Meat Loaf 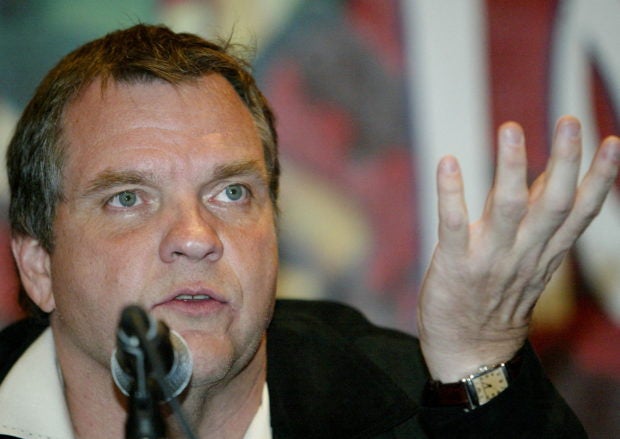 LONDON — Meat Loaf, the United States rock star whose debut “Bat Out of Hell” became one of the bestselling albums of all time, has died aged 74. Here are reactions from fellow entertainers and celebrities.

“Had So Much Fun With Meatloaf When We Did ‘Dead Ringer’. Am Very Sorry For His Family, Friends & Fans. Am I imagining It, or Are Amazing Ppl In The Arts Dying every other Day!?”

“R.I.P Meatloaf. Love and prayers to all his family and close friends. He once turned me upside down in a Chinese Restaurant in St Johns Wood.”

“I hope paradise is as you remember it from the dashboard light, Meat Loaf. He had the quality of being simultaneously frightening and cuddly.”

“Meat Loaf was a great guy — got to know him very well doing Celebrity Apprentice,” he said in a statement, referring to the reality TV show Trump hosted. “He was smart, talented, open, and warm.”

“The vaults of heaven will be ringing with rock. RIP Meatloaf.” JB