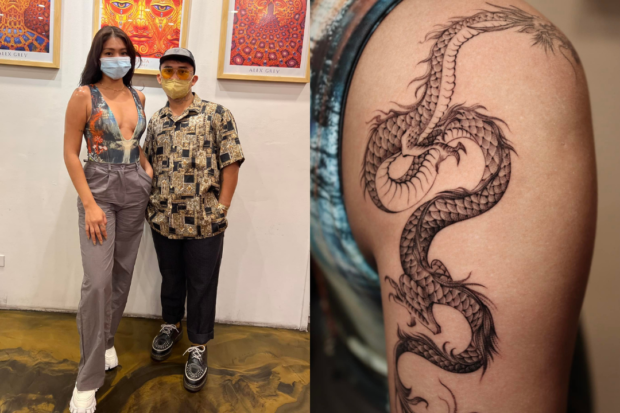 Nadine Lustre has turned herself into a real-life girl with a dragon tattoo as she got herself inked with the fierce creature on her arm.

The actress was spotted with the majestic mythical creature etched on the right side of her body, with its tail extending down her arm. The tattoo was made by Vimana Tattoo’s Indygrain and shown by netizen Beth Barocaboc-Linga on her Facebook page yesterday, Jan. 20.

“Large piece for Miss Nadine Lustre. Salamat sa tiwala (Thank you for the trust),” she said.

Lustre visited the tattoo and piercing shop at the same time as her fellow actress Andrea Brillantes, as seen on Vimana’s Instagram Story, also yesterday. Brillantes is yet to reveal her new tattoo or piercing. 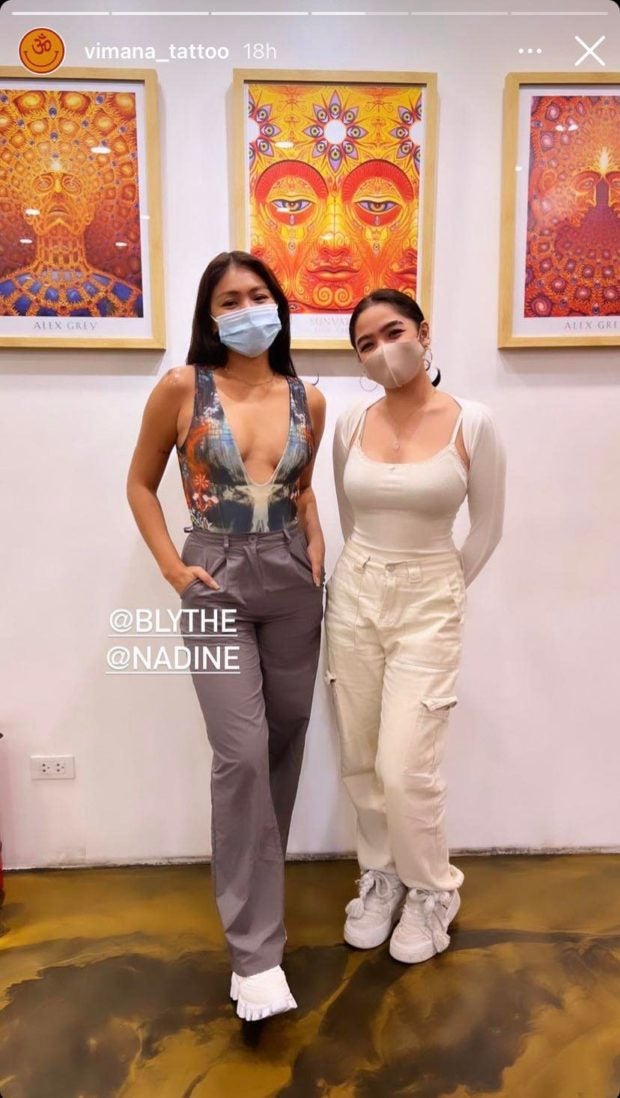 Lustre sports various minimalist tattoos on her body, ranging from a lotus on her arm and a rose on her wrist. The dragon tattoo is reportedly Lustre’s biggest visible tattoo yet.

Prior to getting the dragon tattoo, she got herself inked with the words “That’s it. It is what it is” in June 2021.

The actress’ father, Ulysses, also sports tattoos of his own. He has a semicolon and the words “Keep Going” etched on his right hand.

Lustre popularized the statement “Keep Going” for her call to raise awareness on mental health and which is meant to inspire hope to prevent suicide.

Meanwhile, the semicolon has been used as a symbol for support to those struggling with mental illness. The American non-profit Project Semicolon launched the use of the punctuation mark for the said purpose.  /ra

WATCH: Nadine Lustre gets real about her sweaty armpits, takes botox treatment for it