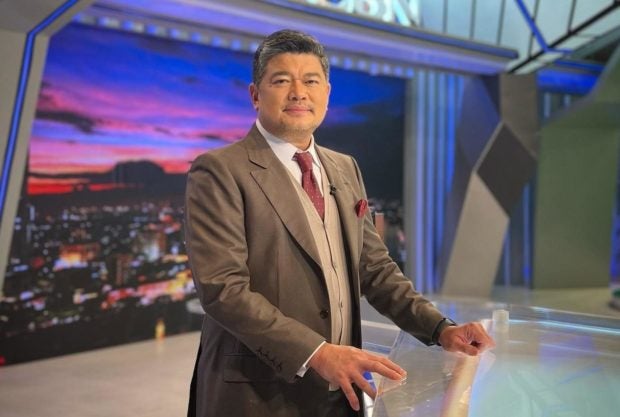 Has Julius Babao officially transferred networks? It appears that after leaving ABS-CBN, the broadcaster has found a new home in TV5 as it teased a “bagong kasangga (new partner)” joining its weeknight newscast.

TV5 told viewers that a veteran journalist is coming to their news program “Frontline Pilipinas” this Jan. 17, as seen in a teaser video on its Facebook page last Thursday, Jan. 6.

(A brave journalist, bringing breaking news and service to the community. Veteran journalist. The new partner of “Frontline Pilipinas” knows and cares.)

The teaser did not show the face of the said new Kapatid journalist. However, the same video was also shown by Babao on his Facebook page yesterday, Jan. 7, leading fans and observers to speculate that he is the mystery person being teased by the network.

Babao is yet to confirm if he is indeed joining TV5, though netizens are already sending him congratulatory greetings for his supposed transfer.

Babao’s departure from his home network ABS-CBN was confirmed by his fellow broadcaster Karen Davila when she bid him farewell last Dec. 29. He then signed off from the news program “TV Patrol” last Dec. 31 as he pursues other opportunities outside ABS-CBN.

Babao is reportedly replacing “Frontline Pilipinas” newscaster Raffy Tulfo, in view of the latter’s senatorial bid this year. His transfer may have also been teased by TV host Kim Atienza, who recently told TV5 host Gretchen Ho that she will be working with Babao soon.  /ra