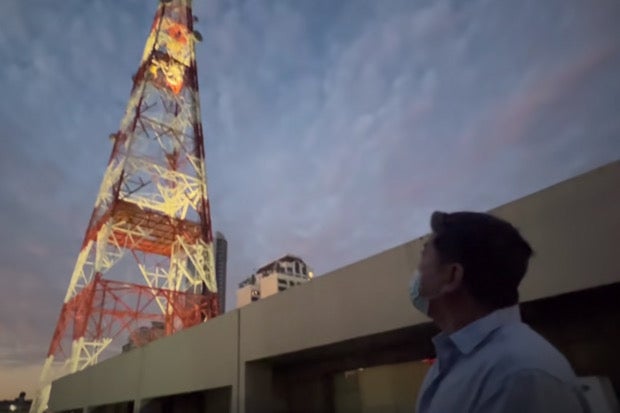 Julius Babao has looked backed on his broadcasting journey with ABS-CBN as he toured its headquarters on his last day with the network.

Babao said his farewells to the people he had worked with for the past 28 years as he went around the building, as seen on a two-part vlog in his YouTube channel on Sunday, Jan. 2.

(It’s a bittersweet feeling that I feel right now because I will be leaving the network which I have been with for 28 years and will transfer to a new station where a lot of opportunities await me.)

The veteran anchor then turned emotional while looking at the ABS-CBN tower, which he referred to as the network’s symbol of strength.

(I do not give much attention to it before, I only walk pass by it but now that it’s my last day in ABS-CBN, I’ve come to appreciate it.)

His co-anchors Karen Davila, Bernadette Sembrano, Alvin Elchico and Zen Hernandez also expressed their sentiments on Babao’s decision to leave the network, as seen on the second part of the vlog, also on the same channel.

(It just shows the changing of the times. There are things that we cannot avoid — when ABS-CBN’s franchise wasn’t renewed, these are the realities that set in.)

(We will only be separated by network but we we still get to help our fellowmen so all the best to you, and continue being an action man wherever you are.)

(What’s good in his departure is that he did not burn bridges, so anywhere he goes, he always has something to look back on without feeling guilty.)

(We understand that there are decisions that have to be done but because we are family, we need to support each other and we just wish you (Babao) well.)

Babao’s departure from ABS-CBN was earlier confirmed after Davila gave her farewell message to the anchor on her Instagram page last Dec. 29. In his 28 years with the network, he co-anchored news programs “Bandila,” “Teleradyo Balita” and “TV Patrol,” where he signed off last Dec. 31.

Babao is speculated to be moving to TV5, where his wife Christine Bersola-Babao, another former ABS-CBN news anchor, already is working. They met each other in ABS-CBN. JB