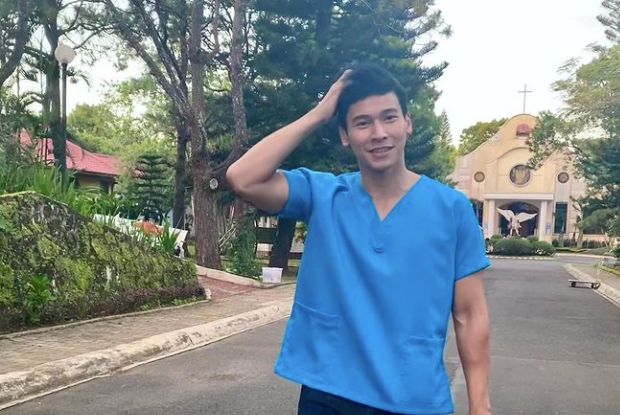 Enchong Dee continues to keep silent amid the cyber-libel case filed against him, choosing to welcome the New Year with a “Kilometro” dance video.

The actor’s camp is yet to issue a statement on the complaint filed against him by party list representative Claudine Bautista-Lim. Meanwhile, Dee ushered in the New Year by showing off his dance moves to a remix of the song “Kilometro,” as seen on his Instagram page last Sunday, Jan. 2.

Dee earlier called out Bautista, the representative of Drivers United for Mass Progress and Equal Rights (DUMPER) party list, for having a “lavish” wedding in Balesin amid the pandemic. He alleged in his now-deleted tweet back on Aug. 14 that the money used for the wedding came from funds “for commuters and drivers.”

The actor eventually apologized to the congresswoman for his “reckless” statement and action “based on impulse.”

Despite Dee’s apology, Bautista filed a cyberlibel complaint in the same month against Dee and his fellow celebrities Ogie Diaz, Agot Isidro and Pokwang, who all expressed their disappointment over Bautista’s wedding.

Diaz, Isidro and Pokwang were all acquitted of the complaint “considering that [their] tweets are mere expressions of disapproval,” as per a resolution dated Nov. 16.

Meanwhile, Dee was indicted for violation of the Cybercrime Prevention Act of 2012. Prosecutors cited that the actor’s tweet accused Bautista of malversation of public funds, which placed her “in a bad light due to such reckless and irresponsible tweet of the respondent.” According to prosecutors, Dee’s apology does not contribute anything to his case.  /ra