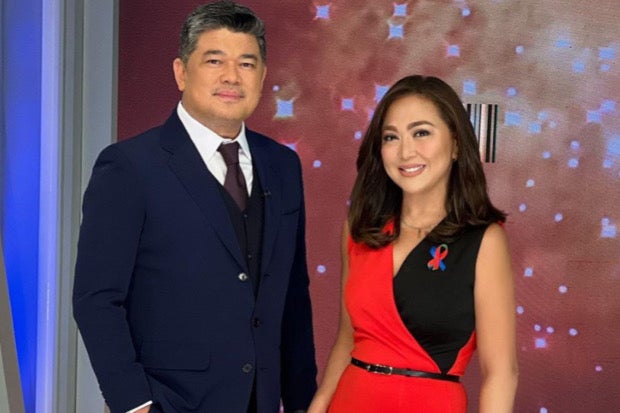 Karen Davila gave a farewell message to her co-anchor Julius Babao as she confirmed his departure from ABS-CBN.

Davila recalled her broadcasting journey with Babao, sharing how she felt “nostalgic” as the latter spends his last week with the network, as seen on her Instagram page yesterday, Dec. 29.

“We first partnered in TV Patrol World from 2004-2010 with Ted Failon [and] then Bandila in 2010-2019 with Ces Drilon. So you can imagine, I’m feeling nostalgic anchoring with Julius on his last week with [ABS-CBN],” she said.

Having worked with Babao for years, Davila shared that he is “not just a colleague but a friend.” She also quoted former ABS-CBN president Freddie Garcia, who told her that change is the only constant thing in the nature of their work.

Davila concluded her message with hopeful wishes for Babao and her home network ABS-CBN.

“Kapamilyas come and go but our hearts remain bonded for life. I pray and believe for better times ahead for [ABS-CBN],” she said. “Bilog ang mundo at alam ko, magkikita tayong muli (It’s a small world and I know we will see each other again). Wishing you well Julius!”

Davila, who has been with ABS-CBN for 20 years, recently lamented the loss of the network on free TV, saying that it could have delivered a wider media coverage on the recent supertyphoon Odette. Other celebrities who expressed the same sentiment were Agot Isidro and Bianca Gonzalez.  /ra