Gal Gadot really loves going through childbirth: 'I'd do it once a week if I could' | Inquirer Entertainment 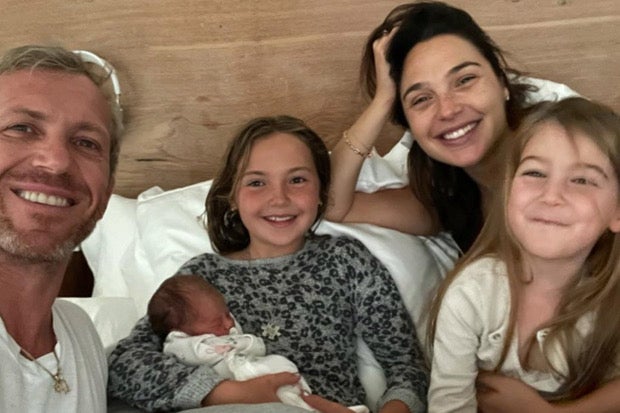 Gal Gadot fondly looks at giving birth as something “magical” that it is something she would willingly do “once a week if she could.”

Gadot, a mother of three, got candid about her motherhood journey as she shared her pregnancy experience in an exclusive interview with InStyle magazine yesterday, Jan. 4.

“I love giving birth. I would do it once a week if I could. It’s so magical,” she said. “Just the moment you feel like you’re creating life, it’s incredible. But the pregnancies are hard for me — I feel sick and have migraines. I’m not in my element.”

Having birthed her eldest, Alma, at age 25, The “Wonder Woman” actress revealed how it was her choice to be a “young mother.”

“I was 25 when I was pregnant with Alma. I always wanted to be a young mother. Three kids — no joke, woman. God bless them, but it’s so much work,” she told the publication.

Gadot also talked about how she constantly shifts her roles as an actress and as a mother, crediting it as the most “baddass” thing she does.

“When you’re on set, you’re like a kite. You can fly so high and try to catch the air, then you go back home to do your main shift as being a mother,” she said. “That is the badass thing I do: the juggling between my family life and my acting career.”

Gadot is set to star in the biopic film “Cleopatra” which will be produced by “Wonder Woman” director Patty Jenkins. She will be portraying the historic queen of Egypt. Gadot’s casting received backlash from critics who called out the casting choice for whitewashing. Anne Pasajol/JB