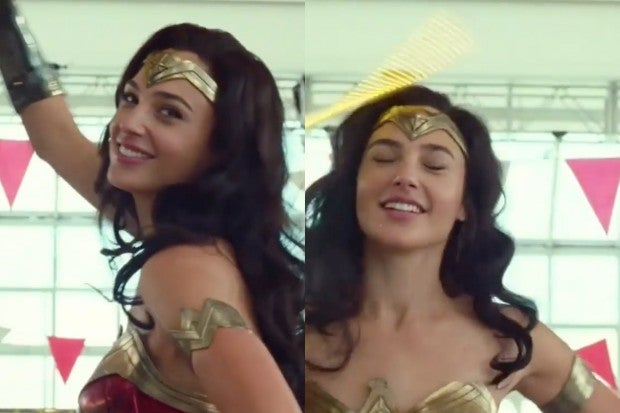 Gal Gadot has trouble playing Wonder Woman too, especially when it comes to recreating the superhero’s lasso-whipping skills.

The actress marked the first anniversary of “Wonder Woman 1984” by sharing a video of herself dancing and playing around with Wonder Woman’s lasso, eventually hitting her head, as seen on her Instagram page last Sunday, Dec. 26.

“Lassoing isn’t as easy as it seems,” she said.

Gadot also shared several behind-the-scenes photos of her time on set and expressed how grateful she was to play Wonder Woman. She remarked how excited she was to play the superhero again.

“WW84 is one year old! Can’t believe it’s been a whole year since this incredible movie came out and touched so many hearts!” she said in a separate post also on her Instagram page on Dec. 26.

“I’m so grateful and honored to be playing such an amazing character, to spread her powerful message and to share her wonder with all of you. Can’t wait to be back in those boots.”

The 36-year-old actress then thanked fans for loving Wonder Woman and in turn welcoming the actress into their lives while sharing pictures of fans wearing variations of Wonder Woman’s costume.

“One of my favorite things about WW is to see the unbelievable effect she has on the world,” she said in another post about the anniversary on her Instagram page, also on Dec. 26.

“I love seeing how much you love her, and I really love seeing you show that love,” she added. “Thank you all for letting me into your lives, I am honored.”

“Wonder Woman 1984” was released in theaters and via streaming on HBO Max last year on Christmas Day, which were unusual circumstances for a superhero movie. Its release date was pushed several times because of the COVID-19 pandemic.

Gadot has had an eventful year since the “Wonder Woman” sequel. She gave birth to a baby girl last June and starred in the heist movie “Red Notice” last November. Costarring Ryan Reynolds and Dwayne “The Rock ” Johnson, and while faced with mixed reviews, the film broke records for being Netflix’s most expensive film to date. JB

WATCH: Batman and Catwoman sizzle with chemistry in new ‘The Batman’ trailer