The BBC is celebrating its 100th anniversary with major digital exhibition 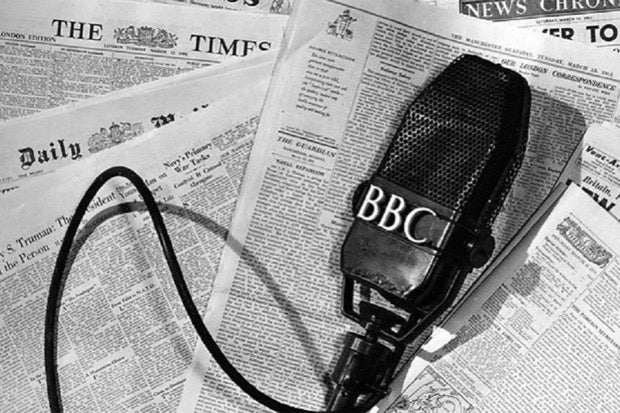 The BBC is celebrating its 100th anniversary this year with a large interactive website. Image: The BBC

A century of existence is something to fete. To celebrate its hundredth anniversary, the BBC has created an interactive site dedicated to the most iconic objects, faces and contributors associated with the British broadcaster over the last century.

Internet users can dive into the history of the BBC through three tabs, respectively called “Objects of the BBC,” “Faces of the BBC” and “Voices of the BBC.” In the first one, users can discover collectibles such as the white coat worn by Colin Firth in the iconic adaptation of “Pride and Prejudice.” They can also find the application letter sent by naturalist David Attenborough to join the BBC in January 1952 and the one that radio host Roy Plomley sent to former BBC producer Leslie Perowne to pitch the idea of the “Desert Island Discs” program.

This collection of objects has been assembled with the help of museums such as the Science Museum Group. Over the next 12 months, the institution will also digitize 1,000 items related to the history of the BBC and launch a major program of exhibitions and events across the United Kingdom. Other regional museum partners will follow suit and celebrate the broadcaster’s centenary with dedicated collections and exhibitions.

“Faces of the BBC” showcases 100 iconic photographs from the BBC’s photographic archives. They represent well-known personalities featured by the broadcaster such as field correspondents, actors and even monarchs addressing the nation.

“Voices of the BBC” presents the stories of the men and women who have worked at the BBC and helped shape its culture. They have been collected with the help of the University of Sussex, under the direction of Prof. David Hendy. On Jan. 27, his book “The BBC: A People’s History” will be published, tracing the history of the highly respected public service channel since its inception in 1922.

“The BBC has an amazing history which belongs to us all. As we mark 100 years of our BBC, these new digital resources, partner exhibitions, research and publications give a unique insight into the history of  the Corporation and provide something to intrigue audiences of all ages,” said Robert Seatter, head of BBC History, in a press release.

Read Next
Sony delays Marvel film ‘Morbius’ to April as Omicron surges
EDITORS' PICK
EDITORIAL: To a bike-friendly future
The Best Tech Gifts For The 2022 Holidays
Pagasa: Warm, sunny Sunday in most parts of PH
House energy committee chair Arroyo bats for cheap electricity
Is it safe to talk politics again at family gatherings? ‘The Reconciliation Dinner’ shows us what that’s like
vivo’s coming to town to grant wishes with more holiday promos
MOST READ
LOOK: Vhong Navarro transferred to BJMP detention facility in Taguig
The Elephant Man in the Senate
Posh village as ‘shabu’ haven
LOOK: Zanjoe Marudo bonds with Ria Atayde, her family
Don't miss out on the latest news and information.