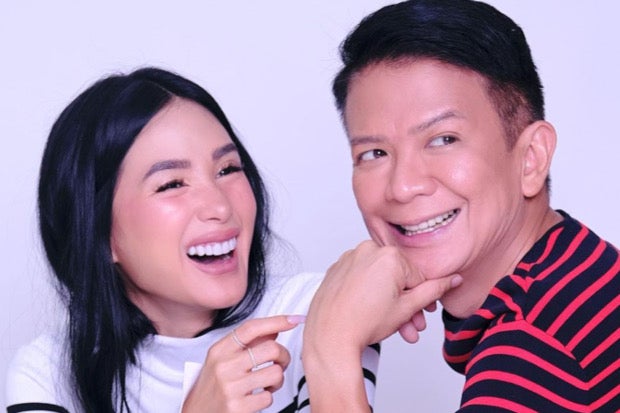 Heart Evangelista could not seem to contain her “kilig” as she looked back on how her husband fought for their relationship amid her parents’ disapproval of them in the past.

Evangelista recounted her and her husband’s love story, as she responded to a fan asking about her age preference on a partner, as seen on her Tiktok page yesterday, Jan. 2.

“It’s not because I chose specifically that he was older — first and foremost, crush ko na talaga si Chiz ever since, 2007 pa (I already had a crush on him since 2007),” she said.

The actress recalled being advised by the late senator Miriam Defensor to date Escudero, something she has shared in previous interviews. She then reminisced on how stunned she was by Escudero’s presence the first time they met, also noting how the latter exceeded her expectations on him.

“He is more than what I imagined him to be. How you see him on our adulting videos, that is exactly how he was in real life. So, I really liked that,” she said.

Evangelista then expressed her admiration for her husband, as she spoke about how Escudero fought for their relationship, which according to her, no one has done before.

“I met a lot of wonderful people, but I just met somebody greater than all of them and I felt that I think this time around I should fight for him,” the actress shared.

“He fought for me. It was the first time anyone did that for me and he wanted me to be in his life no matter what — kahit mahirap, okay lang (even if it’s hard, it’s okay),” she added. “Grabe, mawala na lahat, ‘wag lang ako.” (Let everything else disappear but me.)

Evangelista and Escudero tied the knot in an exclusive ceremony in Balesin in 2015, after being in a relationship for two years. The couple recently revealed that they are still planning to have children in the future, and have been trying just before the actress started her taping commitments for GMA in 2021. JB