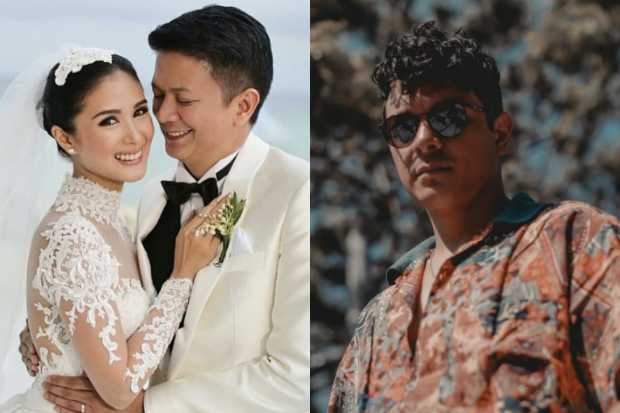 Sorsogon governor Francis “Chiz” Escudero admitted he would be open to the possibility of his wife, actress Heart Evangelista, being paired with her ex-boyfriend actor Jericho Rosales in the future.

Evangelista acknowledged that she and Escudero have talked about her working with Rosales “many times,” as seen in the second part of their interview with broadcaster Karen Davila in her YouTube channel yesterday, Sept. 4. Escudero was asked if he would allow his wife to work with the actor.

“It’s up to her. If it will help her, if it will make her grow, hindi ako selosong tao (I’m not the jealous type),” Escudero told Davila, stressing he feels secure in his relationship with the actress.

Evangelista recently revealed that her husband has been watching YouTube videos about her ex-boyfriends, though the governor said he only watches out of curiosity.

Meanwhile, Evangelista recalled instances where she saw other women showing interest in her husband.

“He makes me feel really secure. But when you talk to him and you get to know this guy, you’ll be so surprised na pinipilahan siya ng maraming babae (women go after him),” she said, noting that Escudero’s personality is charming.

The actress added that she does not see Escudero as the kind of person who would flirt or cheat.

“The reason why some girls go for him is because he won’t make the move,” she explained.

Evangelista previously said she is willing to forgive Escudero if he ever cheats on her. According to her, she would give her husband a second chance because she loves him.

Evangelista and Rosales were in a relationship for three years before breaking up in 2008. The actress once said Rosales was her “one true love.”

Rosales married model and stylist Kim Jones in May 2014. Evangelista and Escudero tied the knot the following year, in February 2015. JB

Heart Evangelista will forgive Chiz Escudero if he cheats: ‘Because I love him’