Nicolas Cage wants to be called a 'thespian,' not 'actor,' and here's why | Inquirer Entertainment

Nicolas Cage wants to be called a ‘thespian,’ not ‘actor,’ and here’s why 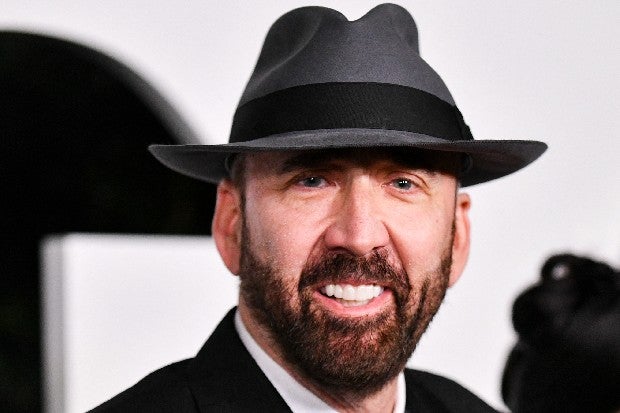 Nicolas Cage prefers being called a thespian over an actor because the latter makes it sound like he’s a “great liar.”

The movie icon explained what he thought the difference was between the two terms on an episode of the Variety Awards Circuit podcast last Sunday, Dec. 30. He was being asked about his acting methods, particularly in his latest film “Pig,” where he portrays a social recluse.

“Well, I think — and I’ve gone on record saying this — [but] I really don’t like the word ‘actor’ because for me it always implies, ‘Oh he’s a great actor, therefore he’s a great liar and lying in some way,” he stated.

Cage then went deeper into what his acting process was like, saying that it is a mix of finding things from within himself and studying other people.

“I can find things within to project back out to tell the story and inform the libretto or I can go outside in the macro and get a newspaper, I can see what’s happening to that person, this person, or that person,” he added. “I feel it, I take it in, and that helps me play the scene.”

The “Face Off” actor then admitted that he sees his creative process more like shamanism than he sees it as acting.

“I don’t know if [what I do is] acting, I think it’s more like ‘recruiting’ imagination. It’s more—dare I say it—like shamanism,” he continued.

Cage has starred in various films in the span of over 40 years, including action hits such as “Con Air,” “National Treasure” and “Ghost Rider.” His latest film, “Pig,” where he also serves as producer, received critical acclaim last year. Costarring Alex Wolff and Adam Arkin, Cage received a Best Actor nomination for his role in the film at the upcoming 27th Critics Choice Awards. JB