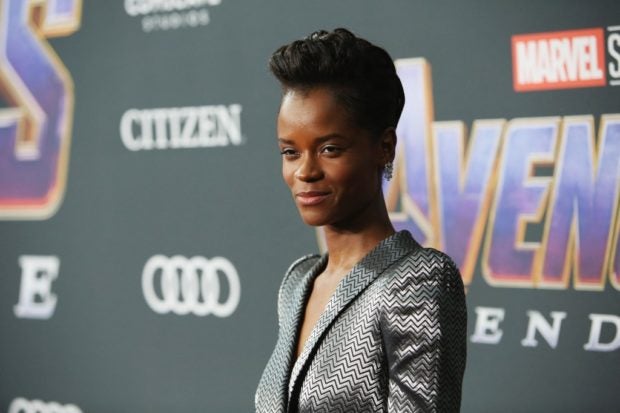 “Black Panther” star Letitia Wright has denied that she was pushing anti-vaccine views on the set of the upcoming Marvel film “Black Panther: Wakanda Forever.”

The actress, who expressed anti-vaccine sentiments in the past, allegedly “espoused similar views about the COVID-19 vaccines on the Atlanta production,” a source told The Hollywood Reporter last Oct. 6. It also stated Wright had parted ways with her American team of representatives due to her belief on vaccines.

Wright denied that she had shared any anti-vaccine sentiments on set through a statement on her Instagram page yesterday, Oct. 13.

“It saddens me to have to address the [report] published by The Hollywood Reporter on [Oct. 6] 2021,” she said. “The report spoke about my conduct on the set of ‘Black Panther 2.’ I honestly assert that this was completely untrue.”

“Anyone who knows me or has worked with me knows that I work incredibly hard at my craft [and] my main focus is always to do work that’s impactful and inspiring,” Wright added. “That has been [and] will continue to be my only focus.”

The actress did not directly address her views on COVID-19 jabs in the statement.

Wright faced criticism in December last year for posting a video that questions the efficacy of COVID-19 vaccines. This led netizens to call her out for spreading misinformation and accuse her of having anti-vaccine sentiments.

She has since deleted the video, telling fans that she did not intend to hurt anybody and was only raising her concerns.

“Black Panther: Wakanda Forever” is directed by Ryan Coogler, who directed the first film. The original cast will also be returning for the sequel, except for actor Chadwick Boseman who died in August 2020 after battling colon cancer.

The film started production last June and is expected to be released in July 2022.  /ra

The Offspring drummer, after refusing vaccination, gets dropped from band