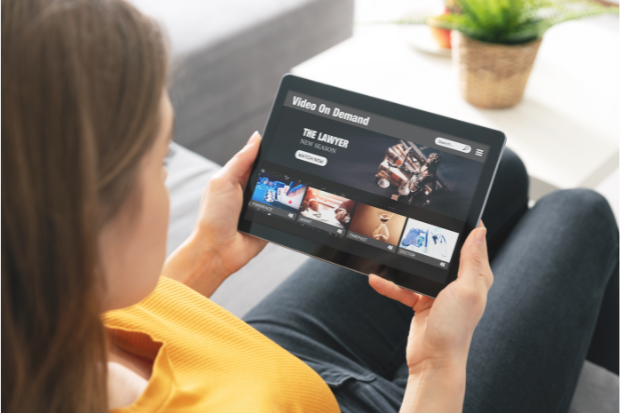 World domination is no longer the preserve of evil dictators and Bond villains.

Today, it is streaming platforms that are engaged in an increasingly expensive battle for control of the world’s eyeballs.

HBO Max is the latest to launch an offensive.

Debuting in the United States last year, it is coming to six European territories this month, 21 more by the end of 2022, and plans to be in 190 countries by 2026.

Even the Bond villains themselves aren’t safe: they were bought by Amazon as part of an $8 billion purchase of the 007 franchise earlier this year as the streamers throw vast sums into attracting viewers.

Netflix remains the one to beat with around 200 million subscribers, thanks largely to its heavy investments around the world in search of new global hits.

It has proved a highly successful strategy, as the global mania for South Korean dystopian show “Squid Game” proved again in recent weeks.

Netflix is now opening up the African front.

It has already provided scholarships and $1.5 million in pandemic relief funds for artists in Nigeria and South Africa.

On Thursday, it announced a contest alongside the United Nation’s cultural body UNESCO to find young filmmakers from sub-Saharan Africa to bring local folktales to its service.

“What we are seeing very clearly, is that the more authentic the stories are, the more they travel,” Ben Amadasun, head of Netflix Africa, told AFP.

The company is also experimenting with ways to hook in viewers across Africa, a region with less disposable income, including with its first free service in Kenya, giving away some content in the hope people will start paying for the rest.

“As the first really to develop strong international content… Netflix is in a really good position even now, because it’s the one service that a lot of people feel they must have,” said Julia Alexander, of Parrot Analytics.

However, a growing pack of powerful competitors, everyone from Hollywood studios to TV stations to niche specialists, are gaining ground.

HBO Max is owned by WarnerMedia, giving them serious firepower with a vast catalogue that includes everything from “Friends” to “Game of Thrones” and “Harry Potter” to “Dune.”

And Disney+, which has an army of superheroes and star warriors, has also made rapid advances, reaching 116 million subscribers just 18 months after it launched.

“Not all the cards have been played yet, the game is still evolving,” said Philippe Bailly of media experts NPA Conseil.

Up to now, most major U.S. players such as Viacom, Paramount or NBCUniversal have focused on their domestic audiences, since that is still where the big bucks are made.

But increasingly they are looking to spread their tentacles into the world, often by combining their assets into one big platform.

Still, she said the new entrants will need fresh content to catch up.

Although subscribers stick around for deep back-catalogues, what attracts them to sign up in the first place tends to be a hotly anticipated new show; think “Bridgerton” on Netflix or Star Wars spinoff “The Mandalorian” on Disney+.

The stakes are high.

Turbo-boosted by the pandemic, video streaming is growing by more than 20% a year and is expected to be a $220 billion industry by 2027, according to Research and Markets.

That will put it roughly on a par with the GDP of New Zealand or Portugal.

But like any long war, fatigue is a threat.

“Lost among thousands of increasingly abundant offers, there is a risk of customer fatigue. You can’t keep piling on new offers month after month,” he said.

“If we want to avoid losing the consumer, we have to get back to something simpler.” JB