Expect to see more of Venom in the future of MCU 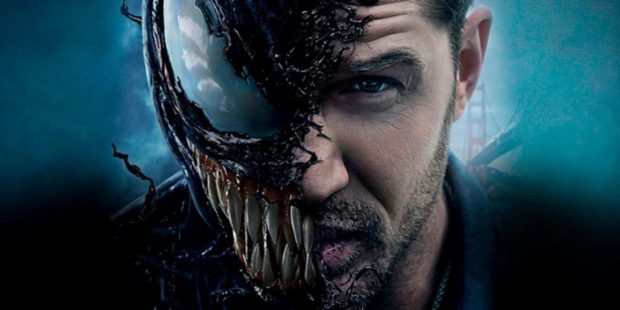 What everyone has been waiting for will finally happen and that is the crossing of paths of Venom and Spider-Man in the Marvel Cinematic Universe. It could not have happened at a better time since the multiverse is officially underway and its ripple effect continues in “Venom: Let There Be Carnage.”

The Venom movie sequel was as good if not a little bit better.

I was not surprised that they did not cut down on the violence and the fight sequences. These are two aspects of the movie that had to be amped up since the main antagonist Carnage is one of the most violent supervillains in the history of Marvel comic books. Carnage’s representation here is as close as it can possibly get. Woody Harrelson’s portrayal of the convicted murderer Cletus Kasady who is the host body to the alien symbiote Carnage was convincing if not near perfect to his Marvel comic books origins.

On another topic, I know one of the biggest complaints that many people have had with Venom in the MCU is that the giant white spider symbol on his body is missing! I believe there are two reasons for that. Again, it was not an oversight or an important detail about Venom that they intentionally left behind.

Now, there is the Marvel studio reason and the comic book origin reason. I will explain as simply and as briefly as possible the two reasons that I believe why Venom’s giant white spider symbol is missing.

Second reason. The first Venom movie was meant to be a stand-alone film or a solo film that focused on one superhero, and that is Venom. The movie studio did not want the first Venom movie to have any association with Spider-Man this early because they first wanted to establish the origin of Venom, build him up, and have him connect with moviegoers first before his eventual crossover or battle with Spider-Man.

That spider symbol is obviously strongly related to Spider-Man so they could not have it on Venom at this stage of the series of Venom-centered movies.

This strategy was meant to help Venom build a stronger fanbase first before he faces off with Spider-Man, which we all know by now in the post-credits scene of “Venom: Let There Be Carnage” that their meeting will happen in the parallel universe of where Spider-Man is located.

One thing, though, that I hope we can see Venom do more ability-wise is to be able to shoot web, stick on walls, and web swing, as he did in the Marvel comic books and various appearances he has done in different Marvel animated series. If he gets his signature spider symbol and has those spider abilities already, I would say Venom is complete.

On another note, while I was watching the Venom sequel, it dawned on me that this was a showcase of how far CGI has gone and improved over the years, and it was done exemplary well here. I want to point out to the keen observer that there is a reason why fight sequences that involve primarily CGI do not last too long in general. The simple reason is they cost millions of dollars! Literally, a sizable chunk of the budget of any superhero movie goes to CGI.

I mention this fact because with “Venom: Let There Be Carnage” I was concerned that when it comes to bringing to life Carnage on the big screen, the CGI may not live up to expectations. However, it surely did here, and with the smart balancing done with the color treatment with the dark hues, shadowy foregrounds, and general shady backgrounds, the overall appearance of Carnage came out as realistically as possible.

The storyline approach they did here in the origin of Carnage is not, of course, entirely faithful to the comic books. However, for the sake of the Venom sequel, it fits so well to the direction they were going for here which is to simplify, streamline, and speed up the timeline of events in order to give what the moviegoers and Marvel comic book readers want, and that is for Carnage and Venom to do battle right away and do it in one big showdown in “Venom: Let There Be Carnage.”

To give a lengthy backstory as to how Carnage came to be in the Marvel comic books is not worth doing to be explained in “Venom: Let There Be Carnage” because it would be too time-consuming and the attention span of moviegoers are fleeting.

There is no question that given the movie’s running time, there is only so much you can fit in a general length of a movie. In fact, I would go as far as saying that the writing here for the origin of Carnage was very clever without coming off as lazy because anyone can understand it.

Now, back to Venom. By this time now, he has become already the “Lethal Protector,” a moniker that was given to him first in the Marvel comic books, when he had his first solo limited series run in 1993. I still have the above-mentioned first solo limited series in my massive vintage comic book collection. For me, the fact that the movie studio even recognizes Venom as the “Lethal Protector” is already a simple but meaningful gesture to all of us comic book collectors, that yes, the producers and writers themselves of the two Venom movies have read the comic books Venom has appeared in later on, when he was already becoming an anti-hero, and that they are aware of Venom’s history in the Marvel comic books.

Indeed, there is no denying that with the advent in movies of darker superheroes and/or anti-heroes like Venom, the MCU is catering now to a more mature and older audience. Expect to see more of Venom for sure in the near future, in the MCU.