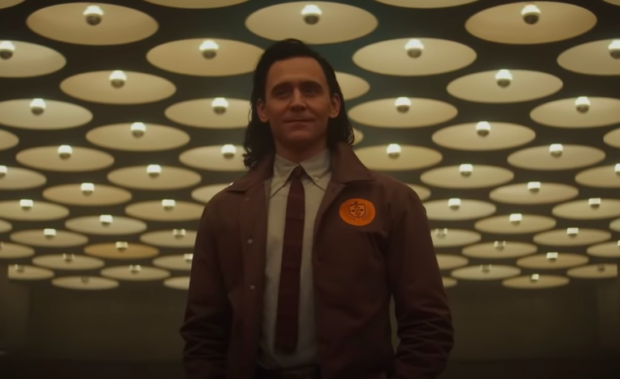 I couldn’t help but be impressed by how Marvel made a villain-turned-hero that has been around for the last decade – who has died three times – still one of its most exciting and interesting characters to date.

In the series “Loki,” Tom Hiddleston, under the direction of Kate Herron, comes through once again with his brilliant and consistent portrayal of the God of Mischief. Coupled with the stellar acting of Owen Wilson (as Mobius) and Sophia di Martino (as Sylvie), Loki shines more than ever as Marvel sets up the big bad of Phase 4.

To begin with, I love how the writers, led by Michael Waldron, didn’t completely disregard the character development Loki had after the “Avengers” movie in 2012 up to his death in “Avengers: Infinity War,” as it was something I was concerned about before viewing the series.

To recap, the show addressed this by making 2012 Loki see how his life was “supposed” to unfold through the eyes of the Time Variance Authority (TVA), a bureaucratic entity that controls the “Sacred Timeline.”

Loki then, who was at his worst (having attacked Earth just a few hours before being plucked out of the timeline), realized that Thor and Odin truly loves him, despite his “mischief,” in an emotional scene delivered flawlessly by Hiddleston.

While it may seem ridiculous and too plot-convenient, I believe they took the right approach as it also shows right off the bat the power and control the TVA has, despite being introduced first through a Disney Plus show. Moreover, this opens up a lot more room for Loki to grow and undergo character development in a way never seen before in the movies.

Having Loki battle, team up and then eventually fall in love with Sylvie, a female variant of himself, may be one of the boldest moves Marvel has ever attempted – and actually pulled off – in its last 13 years of cinema. Unsurprisingly, this drew mixed reactions from viewers, but it nonetheless had many vying for the two by the end of season one.

It does make sense, however, as while they are variants of the same being, they are still two completely different entities with their own realities, experiences, personalities and such. But that’s just how I try to rationalize the two being lovers, instead of seeing Loki as some “seismic narcissist,” as Mobius put it. On the figurative plane, meanwhile, Waldron told Marvel.com, in an interview on June 30, that for Loki to have this kind of love story is fitting, since the series “is ultimately about self-love, self-reflection, and forgiving yourself.”

Bottomline is, hey, if anyone in the Marvel universe was going to fall in love with himself, it will definitely be Loki.

The most comic booky comic-based show

While the MCU has introduced some ridiculous and out-of-this-world elements in its decade of movies, I believe “Loki” takes the cake when it comes to just how “comic booky” this series feels.

While “WandaVision” deals with the very real-world problems of mental health and grief, and “The Falcon and the Winter Soldier” (TFATWS) tackles racism and other social issues, “Loki” focuses more on the fantastical side that paves the way for the much-more-chaotic future of the MCU.

It was only fitting, too: “WandaVision” sets up Wanda Maximoff as the powerful Scarlett Witch, “TFATWS” sets up Sam Wilson as the next Captain America, while Loki sets up the arrival of the next big bad to replace Thanos, as well as the stage they will play in.

Despite being some sort of “introduction” season to the MCU’s Phase 4, however, “Loki” was still able to deal with the personal problems and the growth of the God of Mischief.

“I don’t enjoy hurting people. I… I don’t enjoy it. I do it because I have to, because I’ve had to… Because it’s part of the illusion. It’s the cruel, elaborate trick conjured by the weak to inspire fear,” says Loki in the first episode, one of the few times a character known for lying wore his heart on his sleeve.

I also love the show coming full circle: starting with an arrogant Loki planning to take over the TVA and betray Mobius and the others, only for to him end up genuinely helping someone other than himself, but left betrayed, alone and forgotten (literally).

While the finale’s cliffhanger did infuriate some fans, I saw it as to be just the right note to end the first season, leaving fans wanting more, which we will get in season two where they will most likely traverse the multiverse — the biggest stage Marvel has ever had in its cinematic franchise. 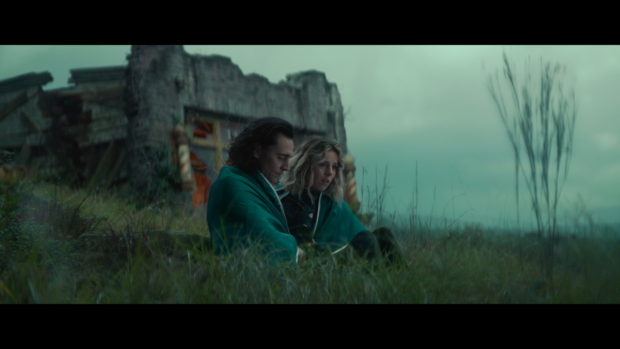 Image: screenshot from “Loki” season one via Disney+

With the multiverse, everything can be canon now — as long as Disney acquires the rights. Because of “Loki,” rumors of Toby Maguire and Andrew Garfield entering the MCU through “Spider-Man: No Way Home” seem more likely to be true than ever.

I believe it also gives Marvel writers much more creative freedom, allowing them to try more wacky and absurd storylines and elements that would seem just a little too much 10 years ago.

One example of this creative freedom has already been displayed in the show’s finale, which is through the way they introduced the next big villain without actually introducing him — thanks to the concept of the multiverse.

“Lovecraft Country” star Jonathan Majors’ was able to deliver an astounding performance as He Who Remains, a “lesser evil” variant of Kang the Conqueror, as a way to tease fans of the next tyrant to battle the Avengers, as well as to tease the approach Majors is taking to portray such a character.

With that being said, fans are now more hyped up than ever to see what happens in “Loki” season two, “Doctor Strange in the Multiverse of Madness” and in “Ant-Man and the Wasp: Quantumania,” where Kang is supposed to debut.

I’ll no longer go into how the production level and CGI are on par with the rest of the Marvel Cinematic Universe (MCU) films, but I’d like to point out how Marvel remains consistent with the effort they exert to produce such projects. Well, with the budget they have, it would serve them no good if they didn’t.

Moreover, the soundtrack produced by the extremely talented Natalie Holt perfectly captures the magical and sci-fi feel of “Loki,” something many viewers have also commended.

After taking a break last year amid the pandemic, Marvel has spoiled fans with exciting and engaging shows in the past few months — and fans are about to get so much more in the form of a few movies to be released in the remaining months of 2021.

The MCU as a movie franchise being this huge is unprecedented, and with a over a decade’s worth of movies and shows, one could expect that viewers would get tired. They may, eventually, but not us… not us (“Endgame” reference intended). Next up, the Marvel Cinematic Multiverse! JB