Ogie Diaz on speculations Liza Soberano is pregnant: 'For now, it's a no' | Inquirer Entertainment
Close
menu
search

Ogie Diaz on speculations Liza Soberano is pregnant: ‘For now, it’s a no’ 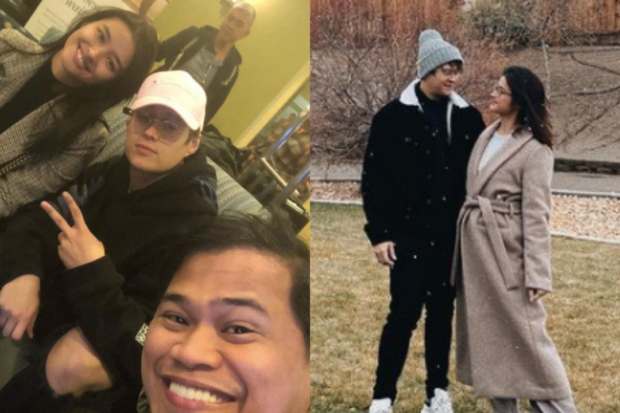 Ogie Diaz has denied that Liza Soberano is pregnant amid speculations that she flew to the United States to “hide” a supposed pregnancy.

Speculations that Soberano is expecting a baby started when some fans pointed out that she appeared to have a baby bump in her recent Christmas photos with her family and her boyfriend, fellow actor Enrique Gil. Diaz, who manages Soberano, clarified that she flew out of the country to visit her great grandmother who is based in the U.S., as per in his YouTube channel yesterday, Dec. 31.

Diaz pointed out that Soberano was simply leaning forward in the Christmas photos, making it appear as if she has a baby bump. He also dismissed speculations that Soberano and Gil flew to the U.S. to “hide” that she is pregnant.

(Those who have a lot to think about, think about that. Let them be. [Maybe] someday, because she and Enrique appear to be inseparable, we’ll get there. But for now, it’s a no.)

Soberano and Gil missed ABS-CBN’s 2021 Christmas special last Dec. 18 after she disclosed to fans that her great grandmother Bobbie “wasn’t doing so well.” The actress noted that she and Gil recorded for the event, though they were not able to make it due to unforeseen circumstances.

Soberano and Gil, known as the love team LizQuen, revealed in 2019 that they have been in a relationship since 2014. The couple celebrated their seventh anniversary last October with a romantic getaway in Batangas. JB