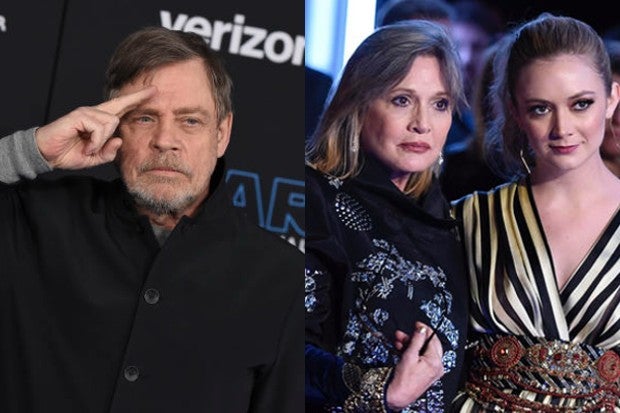 Hamill, who played Fisher’s brother Luke in the “Star Wars” franchise, shared a screenshot of “Star Wars: Episode VIII,” which was one of the actress’ final films, on his Twitter page yesterday, Dec. 27.

“In loving memory of our princess Carrie Fisher,” the screenshot read.

Joining the actor is Fisher’s only daughter, Lourd, who opened up about her experience with grief half a decade after losing her mother, on her Instagram page also yesterday, Dec. 21.

“My grief is a multi course meal with many complicated ingredients. An amuse bouche of bargaining followed by an anger appetizer with a side of depression, acceptance for the entree and of course a little denial for dessert.”

She then continued to discuss her thoughts on grief and what it is actually like.

“And that’s how grief should be — all things all at once — actually there is no ‘should’ in grief – grief just is whatever it is for you and that is how it ‘should be,'” the 29-year-old actress said. “Sending my love to anyone out there who needs it.”

Fisher passed away on Dec. 27, 2019, days after suffering from a heart attack. Her mother, the Hollywood icon Debbie Reynolds, died a day after.

Lourd has since continued her acting career, also appearing in the “Star Wars” franchise and on TV shows such as “American Horror Story” and “Scream Queens.” JB