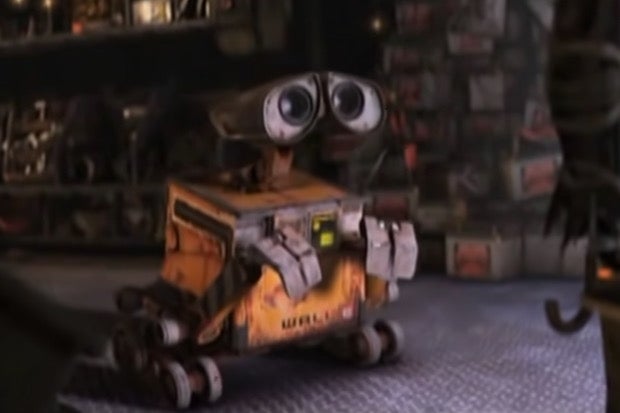 LOS ANGELES — Pixar’s “Wall-E,” “Star Wars: Return of the Jedi” and “Selena” have been selected for preservation by the National Film Registry.

Each year, the Librarian of Congress names 25 motion pictures that are “culturally, historically or esthetically” significant. Under the terms of the National Film Preservation Act, the movies have to be at least 10 years old.

Other titles added to the National Film Registry in 2021 include “Lord of the Rings: The Fellowship of the Ring,” “A Nightmare on Elm Street,” “Pink Flamingos,” “Who Killed Vincent Chin?,” “Richard Pryor: Live in Concert,” “Cooley High” and “Sounder,” as reported by Variety.

This year’s lineup brings the number of films in the registry to 825, a small portion of the 1.7 million movies in the Library’s collection. Carla Hayden, the Librarian of Congress, says the recent assemblage represents one of the most diverse classes of films to enter the registry, with movies dating back nearly 120 years and representing Hollywood studios, independent filmmakers, documentarians, women directors and filmmakers of color.

“Films help reflect our cultural history and creativity — and show us new ways of looking at ourselves — though movies haven’t always been deemed worthy of preservation. The National Film Registry will preserve our cinematic heritage, and we are proud to add 25 more films this year,” Hayden said. “The Library of Congress will work with our partners in the film community to ensure these films are preserved for generations to come.”

Though the National Film Preservation Board curates the annual additions, two of the titles – Star Wars: Episode VI” and “Lord of the Rings: The Fellowship of the Ring” – were distinguished by public support through online nominations.

“In 1951, Professor Tolkien expressed the wish that “… other minds and hands, wielding paint and music and drama…” might one day come to the world of middle-earth. And they did — actors and artists, composers and musicians, linguists and digital wizards — a myriad of talent came together to bring his vast work of imagination to life on the screen,” said the filmmaking team of Peter Jackson, Fran Walsh and Philippa Boyens.

“It is a great honor to have ‘The Lord of the Rings: The Fellowship of the Ring’ selected this year by the National Film Registry. We are proud to be part of an archive that celebrates and preserves the art of visual storytelling, for generations to come.”

With this year’s selections, the organization says it hopes to highlight that diverse stories carry universal themes. That’s part of its reason for highlighting “Selena,” the 1997 musical biographical film starring Jennifer Lopez as Tejana singer Selena Quintanilla-Pérez. It’s a family story that happens to center on Mexican Americans, according to Edward James Olmos, who appears in the film.

“It will stand the test of time,” Olmos told the Library. “[It’s] a masterpiece because it allows people to learn about themselves by watching other peoples’ culture.”

Similarly, director Michael Schultz knew “Cooley High,” a touching 1975 coming-of-age comedy about a group of Black friends in Chicago enjoying their senior year of high school, could contrast the Blaxploitation movies of the era and paint a portrait of everyday teens.

“The one thing I knew about ‘Cooley High’ was that it was unique, it was exciting,” Schultz said in a statement. “It would open up people to a new world.”

The Library also selected three films that directly address the timely issue of racist violence against people of color: “The Murder of Fred Hampton” from 1971, “Who Killed Vincent Chin?” from 1987, and “Requiem-29” from 1970. Jacqueline Stewart, who is chief artistic and programming officer at the Academy Museum of Motion Pictures, singled out those titles as “important” to maintain.

“We have always looked at the range of films, those that are entertaining and inspiring, but also those films that raise more difficult kinds of questions, those that get us to recognize that films are documents of our social and political history and that their preservation is absolutely essential if we’re going to look honestly at our past,” Stewart said.

“Though they were made decades ago, these movies can “help us to see just how powerful cinematic representations of these issues can be, because films not only document social problems but they can be catalysts for change,” she added.

Other significant entries illuminating stories set in the Black community include “Sounder” and “The Watermelon Woman.”

To round out the collection, the National Film Preservation Board chose three rare silent films. It’s especially important to the organization because in 2013, the Library released a report that determined 70% of the nation’s silent feature films have been lost forever and only 14% exist in their original format.

The oldest film in this year’s registry class is a recently restored three-minute actuality recording from 1902 showing a Ringling Brothers circus parade in Indianapolis. According to the Library, “Ringling Brothers Parade Film” was picked because it happens to show a rare glimpse of a prosperous northern Black community at the turn of the 20th century. It was a deviation from most films in that era, which portrayed Black people in caricature or mocking depictions.

The other two silent films from the early 20th century – 1926’s “The Flying Ace” and 1930’s “Hellbound Train” – feature Black Americans without the degrading stereotypes common to the time.

“‘The Flying Ace’ is a really special film because it represents some aspects of Black aspirations and technical know-how. It just goes against all the stereotypes,” Stewart said. It also helps document the “thriving African American movie culture during the 1920s, ’30s and ’40s. It’s miraculous, considering how few prints of these films were made, that this film survives.”

Films selected for the 2021 National Film Registry (in chronological order):

Read Next
Depeche Mode’s Dave Gahan on imposter syndrome and risk-taking
EDITORS' PICK
High inflation: Your P1 is now worth only 87 centavos
Geek out at TOYCON 2022 powered by Smart Signature
Unemployment rate up to 6% in May
UK’s Boris Johnson will resign, BBC reports
High-risk pregnancy: Reducing your risk is in your hands
House energy committee chair Arroyo bats for cheap electricity
MOST READ
Suspect in grisly killing of missing woman in Bulacan arrested
Kim Atienza’s daughter flaunts bikini body in response to critics of her ‘revealing photos’
Cop slain in Isabela ambush
FDA probes popular Filipino noodle brand for ‘high level of ethylene oxide’
Don't miss out on the latest news and information.