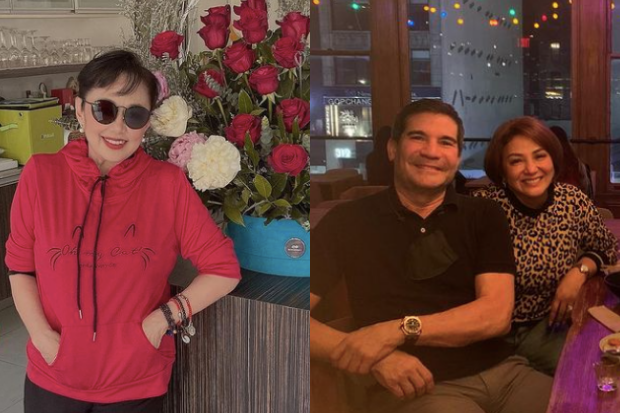 Vilma Santos has expressed her support and happiness for her ex-husband Edu Manzano, who is now in a relationship with their fellow actor Cherry Pie Picache.

The Star for All Seasons wished the couple well in an interview with her son, actor Luis Manzano, for his YouTube vlog last Monday, Dec. 20. Santos was asked by Luis about her reaction on Edu’s relationship with Picache.

When Luis urged her to answer by saying he will interview the couple in his next vlog, Santos relented and said she was happy for Edu and Picache.

“What’s important, I guess, is pwede ko lang i-share na I’m happy. I am happy. You know naman si Eduardo, your dad, and Pie is a very close friend of mine,” she answered. “At this point in time ng buhay natin, ang pinakaimportante lang is nandidyan ang respeto at pagmamahal. So I wish them all the best.”

(What’s important, I guess, is I can share that I’m happy. I am happy. You know Eduardo, your dad, and Pie is a very close friend of mine. At this point in time of our lives, what’s most important is there is respect and love. So I wish them all the best.)

Their children have since expressed support for their relationship. Luis admitted that he found the revelation unexpected, though he can see that his father is happy in his relationship with Picache.

Picache’s son Nio Tria, whom she had with her former partner Gary Tria, meanwhile, expressed his support for the relationship earlier this month. He also said last Monday that he would not disapprove should his mother decide to get married to Edu in the future.  /ra