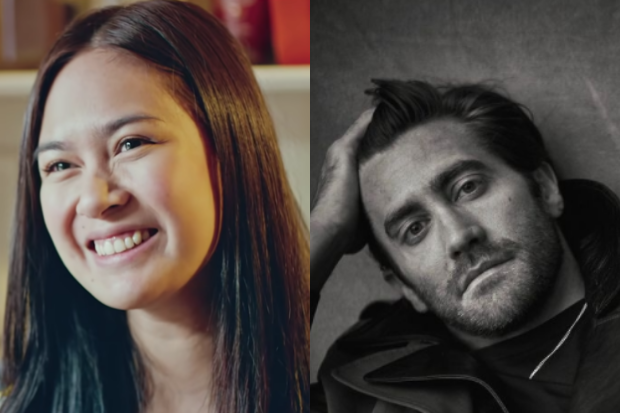 Santos was put under scrutiny by the public this year after she got involved in the split between fellow actors LJ Reyes and Paolo Contis. Meanwhile, Gyllenhaal gained social media attention after singer Taylor Swift released last month the 10-minute version of her song “All Too Well,” which is speculated to be about her former relationship with the actor.

Google released today, Dec. 9, its lists of top searches in the Philippines for 2021 under different categories.

Anderson made headlines earlier this year after he admitted his relationship with actress Julia Barretto. His ex-girlfriend Bea Alonzo later confirmed her relationship with Roque in August. O’Brien, meanwhile, starred in the music video of Swift’s “All Too Well.”

The hit Korean series “Squid Game,” “Pagsamo lyrics” and the Korean drama “True Beauty” were also among the top trending search queries for this year.

“Six out of 10 searches are entertainment-related, which speak volumes on how Filipinos use the internet to connect to their passion points as a form of detachment and escape during the second year of the pandemic,” Google stated.

The company also released the lists of top searches for the following categories:

Read Next
Nicole Kidman feared ‘I Love Lucy’ casting in ‘Being the Ricardos’
EDITORS' PICK
Acer starts the year off strong with the Aspire Vero National Geographic Edition
Gear up and get ready to play with Yamaha Mio Gear
PH to import 60,000 tons of fish to cover shortage
Workers are exempted from ‘no vax, no ride’ policy – DOLE chief
Over 3 Million worth of prizes to be won at Smart Padala’s SENDali Manalo Promo!
#VotePH2022: COVID, power woes loom as poll concerns
MOST READ
Guevarra to Acosta: Obey rules on unvaccinated
Emma Stone calls Andrew Garfield a ‘jerk’ after he ‘lied’ about his ‘Spider-Man: No Way Home’ appearance
Cold-case investigation names surprise suspect in Anne Frank’s betrayal
Czech anti-vax singer dies after deliberate infection
Don't miss out on the latest news and information.