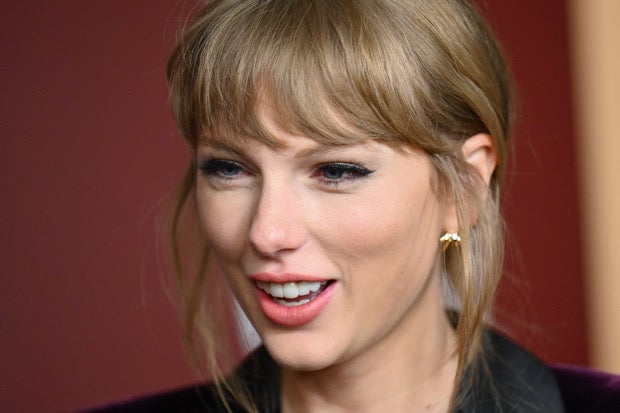 After nearly 50 years as the longest number one hit of all time, it’s finally time to say bye, bye Miss American Pie.

Taylor Swift unseated Don McLean’s eight-minute, 42-second epic about the day the music died with her 10-minute, 13-second version of her smash hit song “All Too Well (Taylor’s Version),” which soared to take the number one spot on the top songs chart this week, according to industry tracker Billboard.

The extended version of Swift’s hit was recently released on her re-recorded album “Red (Taylor’s Version).” Swift dropped two new versions of the song, the 10-minute version and another clocking in at around five minutes.

Per Billboard’s chart rules, both of those songs were rolled into one listing, making Swift’s rise to the Hot 100’s top spot all the more likely.

“American Pie” had held the rank of longest ever number one hit since it first hit the charts in January 1972.

“You guys sent a 10-minute song to number one for the first time in history,” Swift, 31, said on Instagram.

Swift has found resounding success as she makes good on her vow to re-record her first six albums so she can control their rights.

It’s a power move that comes in the wake of her public sparring with industry mogul Scooter Braun over his company’s purchase of her previous label, which gave him a majority stake in the master recordings of her first six albums.

The heated feud and her bold promise to re-record those works ignited discussion over who keeps the keys to an artist’s work, and the conditions under which young musicians sign contracts.

The owner of lucrative masters — one-of-a-kind source material used to create vinyls, CDs and digital copies — is able to dictate how songs are reproduced and sold.

Swift has sweetened her re-releases with bonus materials and previously unreleased tracks — like the 10-minute version of “All Too Well”— to the delight of her ardent fans.

She has released two re-records of her six albums thus far: “Fearless” and “Red.”

Swift still has four left, after she was contractually allowed to begin the process in November 2020.

Billboard tracks the original versions of her songs, still owned by Shamrock, separately from her re-records. AP/DC

Read Next
Justin Bieber, jazzman Jon Batiste atop Grammy nominations
EDITORS' PICK
Metro Manila’s daily COVID-19 growth rate drops to 2% — Octa Research
Over 3 Million worth of prizes to be won at Smart Padala’s SENDali Manalo Promo!
SMDC’s Bloom Residences: A master planned community that cares for your health and wellness
What to expect as Metro Manila starts ‘no vaccination, no ride’ policy on Monday
COVID-19 cases in PH pass 3.2 million mark with 37,154 new cases — DOH
Upsilon, Unilever give ‘real talk’ on climate change crisis
MOST READ
IATF protocols now apply to travelers who arrived on or before Jan. 13
‘Not my loss’: Did Kris Aquino just comment on her breakup with Mel Sarmiento?
Thailand records first Omicron death
Tito, Vic and Joey still not quitting, breaking trends as they celebrate 50th year in the biz
Don't miss out on the latest news and information.