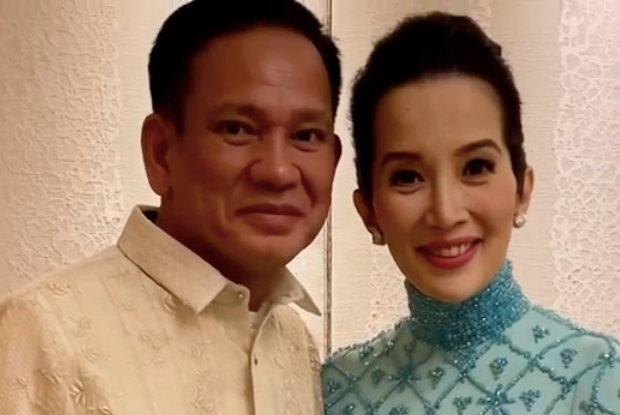 Kris Aquino’s fiance, former Interior Secretary Mel Sarmiento, assured the actress’ fans that he intends to be with her for the rest of his life, and that he believes they will not separate.

Sarmiento made the declaration through the actress’ Instagram page yesterday, Nov. 7. He was apparently responding to a netizen, one @pennywise_not_so_wise, who was said to have negatively commented on Aquino’s post which mentioned her fast food “first date” with Sarmiento. The netizen was reportedly predicting that the couple would only just eventually separate. The netizen comment is no longer available, as of this writing.

“I said in Bimb’s interview, I will spend the rest of my life with her (Aquino), kaya yung paghihiwalay (so a separation) is not going to happen. I love her very much,” Sarmiento said, using Aquino’s account, and referring to himself as her future husband. Sarmiento also pointed out that he can no longer tag netizen’s account when he wrote his response.

The couple made their relationship public in August and announced their engagement last October. Their upcoming union received the approval of Aquino’s youngest son Bimby, when he interviewed the two about their love story last month.

When she announced her engagement, Aquino described Sarmiento as the person she wants to spend the rest of her life with. She also admitted in their interview with Bimby that she can no longer imagine life without her fiance. JB