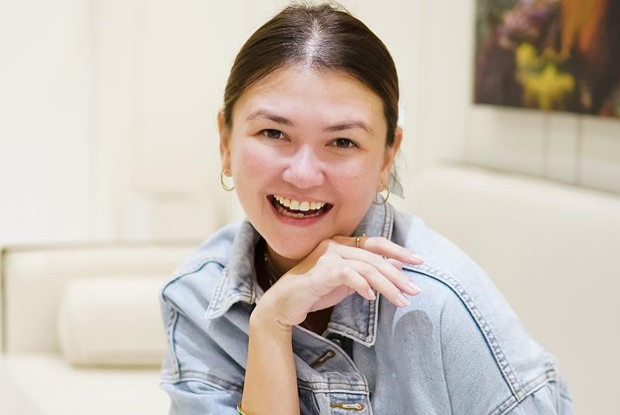 Angelica Panganiban admitted that she regrets turning down a role for the 2013 hit film “Four Sisters and a Wedding,” which she has not seen since it was released.

The actress made this confession in an interview with Boy Abunda on the latter’s YouTube channel yesterday, Dec. 1. Panganiban was asked if she ever regretted refusing a movie role upon watching the finished film.

Panganiban did not disclose the role offered to her, though she explained that she did not end up being cast in the movie due to “disagreements.”

“May mga hindi lang nagkasunduan sa mga agreement, so huwag na lang (There were just some things we did not get to [agree on], so I didn’t do it),” she said.

The movie is centered on four sisters who reunited to dissuade their younger brother (Enchong Dee) from getting married. Its prequel “Four Sisters Before the Wedding” was released in December 2020.

Aside from her supposed role in “Four Sisters and a Wedding,” Panganiban also talked about her decision to retire from teleseryes, with “Walang Hanggang Paalam” being her last TV series ever.

She admitted the decision had been “difficult” for her, though she wants to push through with it because she now wants to go in a “different direction.”

During the interview, Panganiban also discussed her movie with ex-boyfriend Carlo Aquino, “Exes Baggage.” According to her, the film is “remarkable” because it is relatable and is a “real film.”  /ra

Read Next
Ogie Alcasid honors frontline workers with song ‘Bayaning Tunay’
EDITORS' PICK
Acer starts the year off strong with the Aspire Vero National Geographic Edition
Gear up and get ready to play with Yamaha Mio Gear
PH to import 60,000 tons of fish to cover shortage
Workers are exempted from ‘no vax, no ride’ policy – DOLE chief
Over 3 Million worth of prizes to be won at Smart Padala’s SENDali Manalo Promo!
#VotePH2022: COVID, power woes loom as poll concerns
MOST READ
Guevarra to Acosta: Obey rules on unvaccinated
PH to import 60,000 tons of fish to cover shortage
Emma Stone calls Andrew Garfield a ‘jerk’ after he ‘lied’ about his ‘Spider-Man: No Way Home’ appearance
Cold-case investigation names surprise suspect in Anne Frank’s betrayal
Don't miss out on the latest news and information.