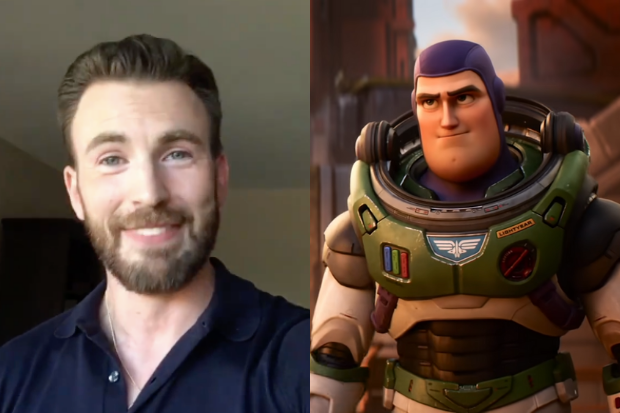 Chris Evans has jumped from the Marvel Cinematic Universe into the world of Pixar as he lends his voice to the animated space ranger Buzz Lightyear for the upcoming spinoff film “Lightyear.”

Pixar released the official teaser trailer for the film on its YouTube channel yesterday, Oct. 27. The trailer, set to David Bowie’s song “Starman,” shows Buzz suiting up for what appears to be a space mission.

Fans were treated to a trip to infinity and beyond, with Buzz driving a space shuttle near the sun, interacting with a robot companion and admiring his famous green-and-white space suit.

“Lightyear” does not feature the toy Buzz Lightyear, which was voiced by Tim Allen in the Toy Story movies. Instead, it will tell the origin story of the human astronaut who inspired the character in the original franchise.

Evans admitted that he was “covered in goosebumps” while expressing excitement over the film on his Twitter page, also yesterday.

“Nothing has ever made me feel more joy and gratitude than knowing I’m a part of this and it’s basically always on my mind,” he said, revealing that animation was part of his dreams as a child.

“They were my first window into the magic of storytelling and performing,” Evans added.

Animated movie were an enormous part of my childhood. They were my escape. My adventures. My dreams.

They were my first window into the magic of storytelling and performing.

Pixar first announced that Evans will be voice acting for “Lightyear” at the 2020 Disney Investor Day, according to Deadline in December last year.

The film is helmed by veteran Pixar animator Angus MacLane and produced by Galyn Susman. It is set to land in theaters on June 17, 2022.  /ra