Are you afraid of Halloween? Joyce Ching and Anna Vicente answer my questions 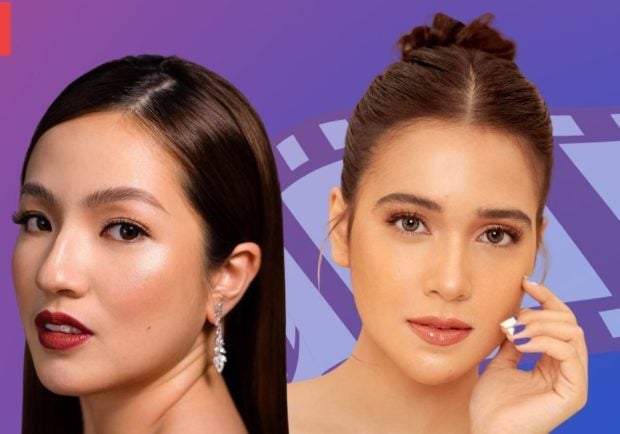 With Halloween right around the corner come the scares, frights and chills that are ever-present in this most spooky night of the year. Beyond the tradition of trick or treat, dressing up in your favorite or weirdest costume, and staying up on to the next morn, this is also the time we can expect horror-themed television programs and movies to be shown.

And this is where the “Masters of Horror” Regal Entertainment, Inc. show and remind everyone that when it comes to the spine-tingling, scream-inducing and hair-raising movie and television genre, Regal is certainly the best in what they do, what they have mastered in doing, and they have proven this for many decades. The long history is there to support these facts.

Now, this coming eighth episode of “GMA Regal Studio Presents” will be a halloween-themed one entitled “The Truth About Jane” starring Kiray Celis, Joyce Ching, Ashley Ortega and Anna Vicente which will be shown on GMA Network at 4:35 p.m. on Sunday, Oct. 31, 2021.

I have decided to ask two of the cast members, Joyce Ching and Anna Vicente, what scares them most, their thoughts on meeting people who have passed on, and what their most favorite Regal Horror movie is, thus far.

On Halloween night, what or who would literally cause you to die of fright, were it to appear to you? Why? What are the reasons you feel that way about it?

Joyce Ching: I think I am not afraid of ghosts. Because at the time I encountered a white lady, I remained stoic. It was like, “Ok, I just saw a white lady! What’s next?” I think what scared me most was the film “The Purge.” I don’t know why. I guess it was because they were people… and that made it scarier for me. What would I do? There were people outside the house! They were trying to kill me! So, there. That was such a super panic level for me that can’t be equaled.

Anna Vicente: Since my favorite horror movie is “Orphan”… Esther… if what had happened to her as was shown in the movie, if that would happen to me too, I think that would make me die of fright! Because in the movie the “Orphan,” Esther shows a public persona, she’s cute, which seems different from what she really is, but you still want to give her the benefit of the doubt. Ultimately, her true colors show because she only serves her ulterior motives. So, there. It would be Esther, to answer your question.

On Halloween night, who is it who has passed on, related or not, you wish would visit you? What two questions have you been dying to ask that now-dead person?

Joyce Ching: Well,, I guess my answer would be my Lolo. We were always very close. As in super close. He was very supportive of me. Unfortunately, he was no longer around when I began coming out on TV. I would remember he would push me to join the Miss China competition. He would encourage me and say: “You will be able to go to China!” The two questions I would ask him? “Are you proud of me?” [and] “Do you miss me?” I miss him very much. Your question makes me feel like crying now. So, I can’t talk more for now.

Thus far, what is your favorite Regal horror movie? What are your reasons?

Joyce Ching: I think the “Shake, Rattle & Roll” horror films from Regal. Because they are not only movies you can take seriously, but from time to time, there are comedic inserts. Like, I think, “Shucks! This [is] so Pinoy humor!” And the interesting part is that unique Filipino humor is injected at the most unexpected moment in the scenes. So, the ‘Shake, Rattle & Roll’ horror movies are for me.

Anna Vicente: I have three favorite Regal horror movies. “Aswang” because I appeared in those three episodes. The first is “Aswang” with Lovi Poe. I played the role of her niece. The second is “Shake, Rattle & Roll 12” with Carla Abellana in “Punerarya.” The third is “Shake, Rattle & Roll 14.” So, my favorite among the three is “Punerarya,” because we portrayed werewolves who ate people’s organs. We, in fact, shot inside a funeral parlor so it was very creepy!