Of Filipino horror movies, a video rental shop, and our need to scream | Inquirer Entertainment There is no need to revive the video rental shop craze because despite having been overshadowed by most people’s addiction to downloading and streaming, the video shop has not exactly died. Video 48, a video rental shop in West Avenue, Quezon City, continues to thrive while its contemporaries in the business have all closed shop many years prior.

The shop just turned 31 years old this year, according to its owner Simon Santos, whose love and passion for movies began when he first saw Fernando Poe Junior’s “Markado” at 10 years old. 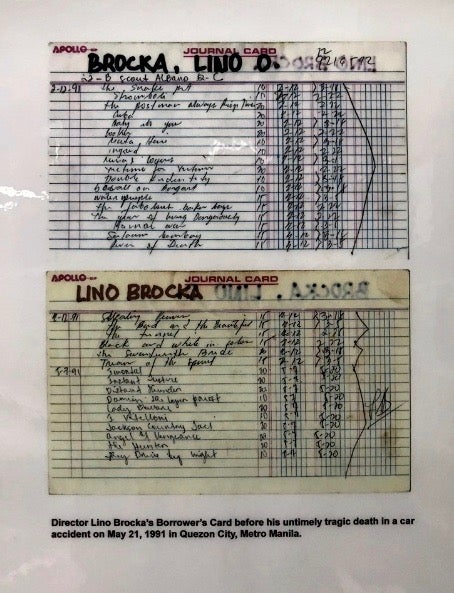 Through the years, big and glittering names have walked past his shop’s doors, such as National Artist Lino Brocka, whose framed Video 48 borrowing card greets every newcomer by the entrance. The late director Celso Ad. Castillo had also been a visitor, as well as National Artist Nick Joaquin, writers Pete Lacaba, Conrado de Quiros, Lualhati Bautista, Ricky Lee and the late actor German Moreno, to name just a few. These days, Santos no longer rents out his wide collection of VHS tapes, but has resorted to digitizing them for anyone who would like to purchase. 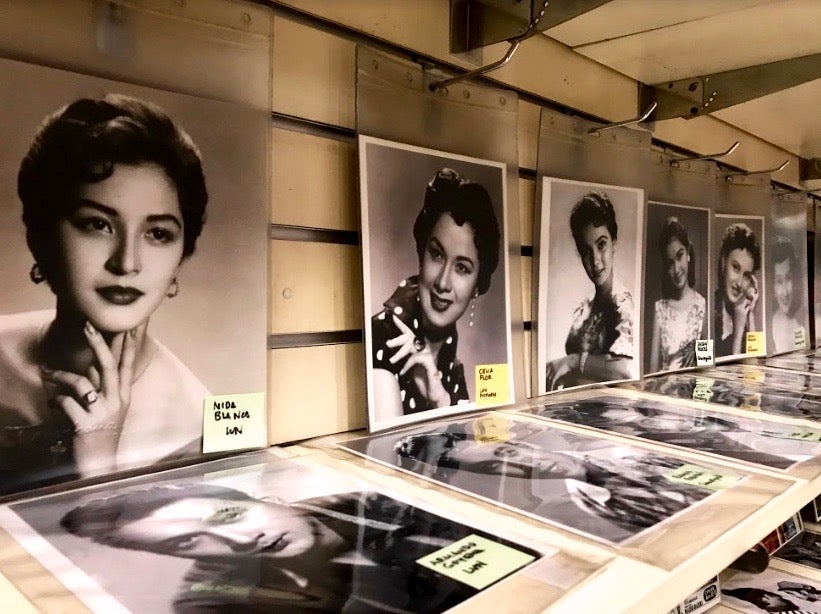 As Halloween is just around the corner, fans of the genre and the curious alike would surely be on the hunt for the next scary flick. Santos himself looks for a certain degree of creepiness to determine whether a horror movie is any good, citing the unsettling scene of the Grady twins in Stanley Kubrick’s “The Shining”.

“Remember the Grady twins standing at the end of the hotel hallway that terrified the young Danny riding in his bike?” asked Santos. “Good storyline, production design and musical score are also important factors for a good horror movie.”

And when it comes to local horror movies, Santos has a handful of titles he recommends to the public. 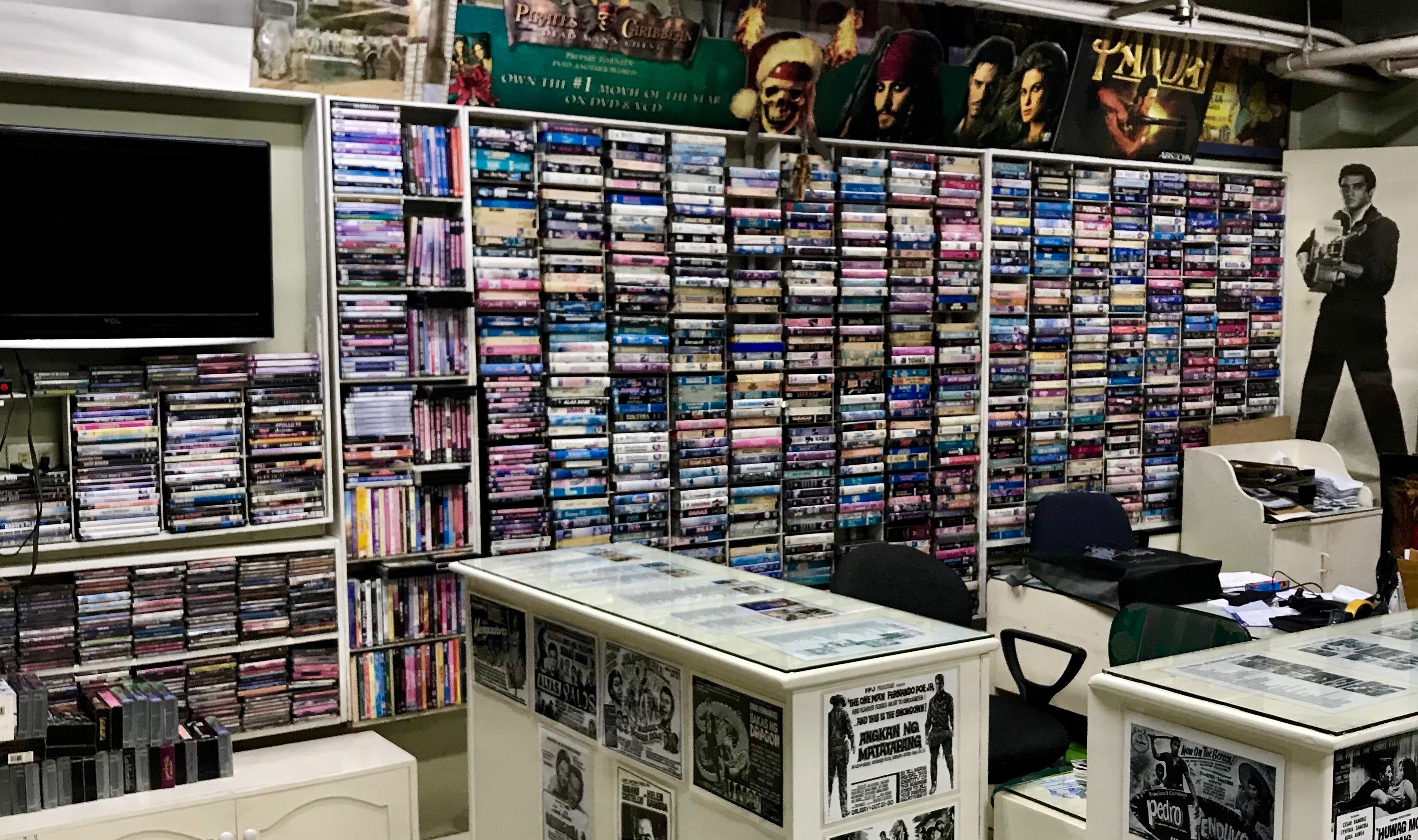 “Good plot, good story… all these movies are well-handled and well-crafted and ably directed by noted filmmakers — Celso Ad Castillo (‘Patayin…); Lino Brocka (‘Gumising Ka…’); Peque Gallaga/Lore Reyes (SRR2); Chito Roño (‘Feng Shui’) and Mikhail Red (‘Eerie’),” he added. “There are lots of scary and creepy scenes, not predictable… The ending is a must, like in “Feng Shui” and ‘Eerie’…”

We look back to Celso Ad. Castillo’s “Maligno” (1977) and Armando Herrera’s “Florinda” (1973), which both feature Susan Roces and Dante Rivero, as well as Chito Roño’s 1995 remake of “Patayin sa Sindak si Barbara”. These movies may be acquired from Video 48’s collection. 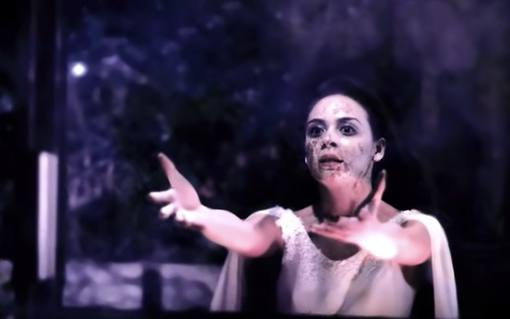 This is what Barbara told Arlene, the house helper, when the latter asked if Barbara’s younger sister Ruth could possibly be haunting them from the grave. But this conviction of Barbara, played by Lorna Tolentino, would not last for long.

Barbara had just come home to the Philippines after living in the United States for nine years to attend the funeral of Ruth (Dawn Zulueta), who killed herself. Driven to insanity one night after interrogating her husband Nick (Tonton Gutierrez) over his philandering, the unhinged Ruth shatters a mirror and stabs herself in the stomach with a huge shard of glass — but not before she cursed Nick and his woman and vowed to come back for them in the afterlife.

Strange occurrences begin to take place in the family home after Ruth’s death. At first were silent phone calls, the honking of cars and the flickering of the chandelier. Soon, her daughter Karen’s doll morphs into a sinister sight akin to Chucky and furniture around the house levitate and break. Ruth is indeed ruthless in her revenge, but it is clear that no amount of prosthetics could ever make the beautiful Zulueta terrifying or ugly, not even when she surfaces with a rotting face. There is something eerie, however, in the way her porcelain skin almost glows in the dead of night, and even angel-like, as she floats in her billowing white dress.

The redeeming act of Nick only comes in the end, when Ruth has convinced Barbara to join her in hell. Nick intervenes just in time and plunges himself and Ruth into the flames, knowing he would never be able to live with himself if he survived. This was his ultimate sacrifice, to end the suffering of Ruth’s soul and free Barbara from her terror.

Zulueta and Tolentino are both standouts in the movie and a joy to watch for any fan without being derivative of Rosanna Ortiz and Roces, who played Ruth and Barbara in the original. Many would call “Patayin sa Sindak si Barbara” a classic, both the original and its remake, and rightly so, as Roño’s homage to Celso Ad. Castillo’s is a masterpiece on its own all the same. 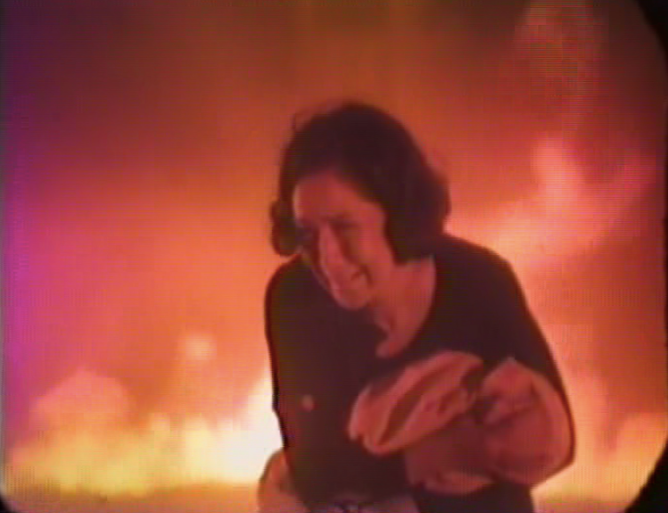 In “Maligno”, the devil comes in the form of a criminal, the handsome millionaire Lucas Santander. Eddie Garcia is the evil incarnate in his role as the cunning and debonair Santander and achieves in just a couple of minutes what other villains could never get right even with a two-hour screen time. Seeing the late veteran actor in his prime in “Maligno” just calcifies how he is a treasure truly much missed by all.

From his prison cell, Santander is interviewed by journalist Paulo Cortez (Dante Rivero), who dreams of becoming a renowned novelist. In their first meeting, Santander, who was imprisoned for killing his wife, tells Cortez that there are a thousand one reasons why a man kills his partner.

The two strike an unlikely friendship, and Cortez agrees to write Santander’s biography later on. On the day Santander is to be executed by electric chair, he suffers from a heart attack after refusing to confess to a priest. “Kalokohan ang Diyos!” he declared before dropping to the ground. Cortez, in an attempt to save Santander’s life, donates his blood, but to no avail. However, this exchange of blood became the link for Santander to inhabit Cortez, who goes home and makes love to his wife, the pious and beautiful Angela (Susan Roces). Soon after, she is impregnated with the Black Messiah, also known as the Prince of Darkness.

Roces’ role as Angela is worthy of the coveted FAMAS Best Actress Award she won in 1977, notably for her monologue in the last five minutes of the movie that leaves the viewer asking and wanting more. Surrounded by a ring of fire, Angela looks up at the dark sky with her child in her arms and, in a sharp turn from her piety, questions the man above. “Nasaan ka? Bakit mo kami pinapabayaan? Wala ka na bang pagmamahal sa mga taong naniniwala sa ‘yo? Patunayan mo sa amin kung ikaw nga ang Diyos.”

Angela’s fate is made unclear as she faints afterward and the movie ends with a scene of the Black Nazarene procession in Quiapo.

“Florinda”, directed by Armando Herrera (1973). Image: screenshot from the film as screened in Cinema One.

Herrera’s “Florinda” is more of a mystery than a horror story, its capacity to cast fear not brought out in the haunting of ghosts or possessions, but through pointing out the thought that one could die a slow and painful death.

Florinda, also played by Roces, is a quiet and unassuming woman longing for her missing husband Rodrigo (Ramil Rodriguez). The couple lived together in a grand villa with their workers before Rodrigo disappeared without a trace. Rolando (Rivero), the son of Florinda’s maid Biring (Priscilla Ramirez), returns to the villa after three years of being imprisoned. One day, he and Florinda discover a locked underground room during a survey of the family mausoleum.

The culprits behind Rodrigo’s disappearance are revealed early on: his uncle Enrique (Jose Padilla Jr.) who has ulterior motives of inheriting Rodrigo’s riches, and his daughter Criselda (Rosemarie Gil), who secretly lusts after him. Criselda, who is deranged, was unaccepting when Rodrigo told her and Enrique one day that he would be proposing to Florinda. She then comes with Rodrigo to the underground room in the mausoleum, which is actually his father’s secret room in the grounds, and locks him inside to die.

The room would only be opened again when Florinda discovers a strange metal key hidden inside a figurine in the house. What, or who, else would she find inside but the worm-infested, decaying corpse of her beloved, slumped on a desk, and who had written her a letter detailing the truth before he died.

The climax of “Florinda” may not be the most unpredictable, but there is still enjoyment in a good mystery’s restraint, its sustained tension that keeps the viewer on its toes. Roces and Rivero also delight with their onscreen chemistry and take the viewer with them in their unsheathing of secrets and in the inevitable development, although tempered, of their bond and love. 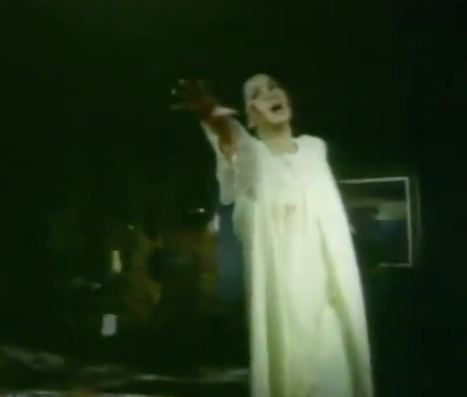 The appeal of the genre

What is it about horror movies that continue to reel viewers in despite being, well, horrifying?

It can be said that the lure of horror lies in the catharsis derived from feeling fear. The enjoyment in, say, watching scary movies does not come from fear itself, but from the physical and emotional catharsis one experiences in terrifying situations no different from those who engage in extreme sports like paragliding or riding topsy-turvy rollercoasters, as per science, technology and culture website Seeker in an October 2012 report. The adrenaline derived from seeing horror movies, of suspending one’s disbelief for the supernatural or paranormal, and the sense of relief from the dissipation of tension, can feel almost like watching from the gates of hell but not being inside it.

As for those who might question whether a horror movie ought to be considered serious cinema or mere entertainment, the argument seems to be irrelevant. Like all forms of expression, there’s bound to be something that would resonate and appeal to all sorts of folk, even to those who may need to scream out pent up fears, even for a few seconds. JB

Stephen King gets more actively involved in ‘IT Chapter Two’