Jesi Corcuera shows chest scars from surgery as trans man, speaks up on being ‘free’ 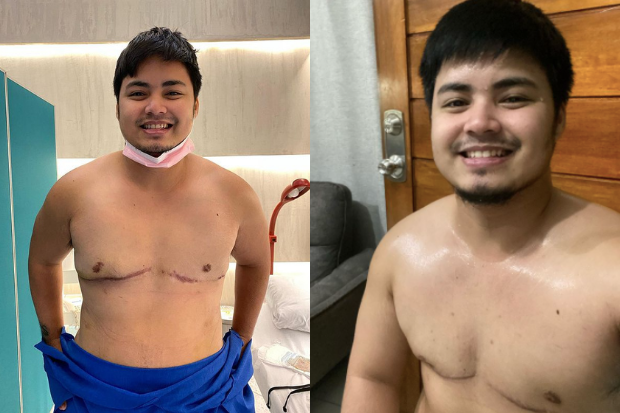 Former “Pinoy Big Brother” housemate and “StarStruck” finalist Jesi Corcuera opened up on his freedom and happiness as a trans man while proudly showing his scars from a chest surgery.

Corcuera called his scars “simbolo ng aking kalayaan (symbol of my freedom)” as he showed a photo of himself in what appears to be a hospital on his Instagram page yesterday, Oct. 27.

(A smile that cannot be hidden. You may not understand the happiness I feel, but behind the cuts under my chest is the symbol of my freedom. Freedom in a judgmental society.)

He then thanked his family, his doctor and his partner, Camille, for their support in his transition.

“Para sa mga tulad kong parte ng makulay na bahaghari, ‘wag kayong titigil makamit ang inyong kalayaan at kasiyahan,” he addressed members of the LGBTQ+ community. (For those like me who are part of the colorful rainbow, don’t stop striving for your freedom and happiness.)

Corcuera first appeared on television as a lesbian contestant in the GMA reality TV show “StarStruck” in 2006. He was once paired with actor Paulo Avelino. He eventually joined “Pinoy Big Brother Lucky Season 7” in 2016 as a trans man. He currently maintains a vlog, which has more than 269,000 followers.  /ra