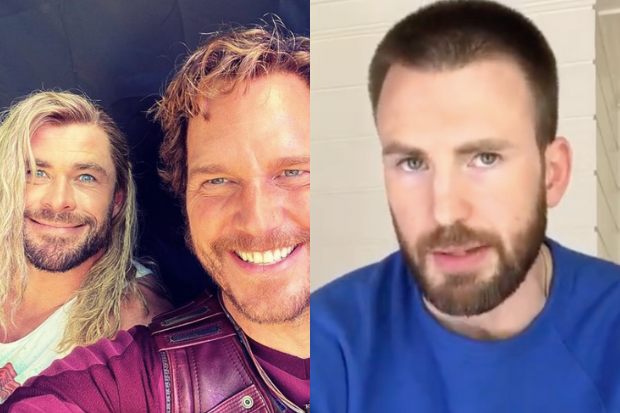 Chris Hemsworth just made it a lot harder for those who are still confused about the Chrises of Hollywood, after he trolled Chris Evans on his birthday with a photo of Chris Pratt.

“Happy 40th birthday Chris Evans, you’ll always be number [one] in my book,” Hemsworth said via his Instagram page yesterday, June 13. But instead of showing a photo of Evans, his greeting was accompanied by his photo with “Guardians of the Galaxy” star Pratt.

Fans poked fun at Hemsworth’s greeting, with some pointing out that he showed the “wrong Chris.” Meanwhile, others got in on Hemsworth’s friendly ribbing as they brought in actor Chris Pine to the joke.

“Man. Chris has changed over the years,” one @sobreelmundo meanwhile quipped.

The “battle of the Chrises” has long been ongoing and a favorite among netizens. Last year, American TV writer Amy Berg conducted a poll to find out the least favorite Chris from Pratt, Evans, Hemsworth and Pine. Pratt received the most votes.

Several of Pratt’s Marvel co-stars defended him after being dubbed the “worst Chris in Hollywood,” saying that the actor was actually a solid man and “a real Christian who lives by principle.” JB

Taika Waititi wishes Chris Hemsworth happy birthday in hilarious greeting: ‘There’s no one like you’