Taika Waititi wishes Chris Hemsworth happy birthday in hilarious greeting: ‘There’s no one like you’ 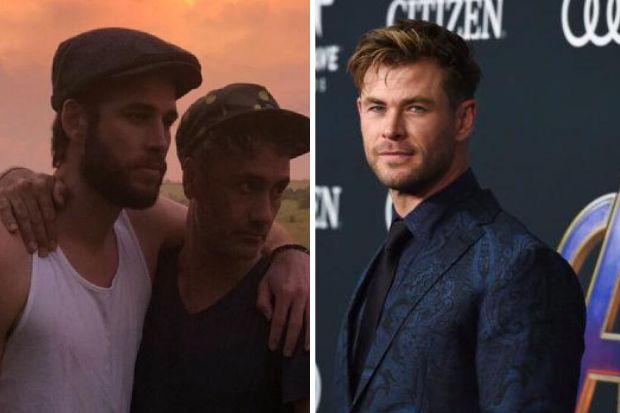 The hilarious award-winning filmmaker Taika Waititi could not just let his friend Chris Hemsworth celebrate his birthday without a bit of trolling.

In true Waititi fashion, the “Thor: Ragnarok” director wished the God of Thunder himself happy birthday by showing him just how much he loves him in quite a unique way.

“Happy Birthday to my reason for living, @chrishemsworth. There’s no one like you,” Waititi posted on Twitter as he shards a photo of him together with Chris’ younger brother, Liam.

Happy Birthday to my reason for living, @chrishemsworth. There's no one like you. pic.twitter.com/AvKJIjojlJ

Waititi’s hilarious mix-up inspired fans to also troll Chris as the latter celebrated his 37th birthday on Aug. 11. For one, Twitter user @perolikedique wished the actor happy birthday by sharing a photo of Luke, another Hemsworth.

“I prefer this pic of @chrishemsworth. Happy bday Chris!” the netizen replied, sharing a still from “Thor: Ragnarok” of Luke portraying Thor in a play.

I prefer this pic of @chrishemsworth. Happy bday Chris! pic.twitter.com/eP6uOeX39N

Another Twitter user with the handle @stanthemanchan likewise greeted the actor with a photo of the same Hemsworth brother.

Along with the mix-up with different Hemsworths, some fans also sent their birthday greetings to a bunch of other Chrises.

A hell of a guy! Happy birthday Chris. 👍 pic.twitter.com/Cs9fUeMUMr

“I love it when you and Chris Hemsworth work together, it’s really special,” one @ManximusPrime, meanwhile, tweeted, sharing a photo of Waititi and Captain America actor Chris Evans.

I love it when you and Chris Hemsworth work together, it’s really special pic.twitter.com/ZSM7hVabA4

Waititi and Chris will be working together again soon on the upcoming Marvel Cinematic Universe film “Thor: Love and Thunder,” the fourth installment in the “Thor” franchise.

The film, which is slated for a 2022 release, will see the return of Natalie Portman as Jane Foster in the Marvel franchise.  /ra